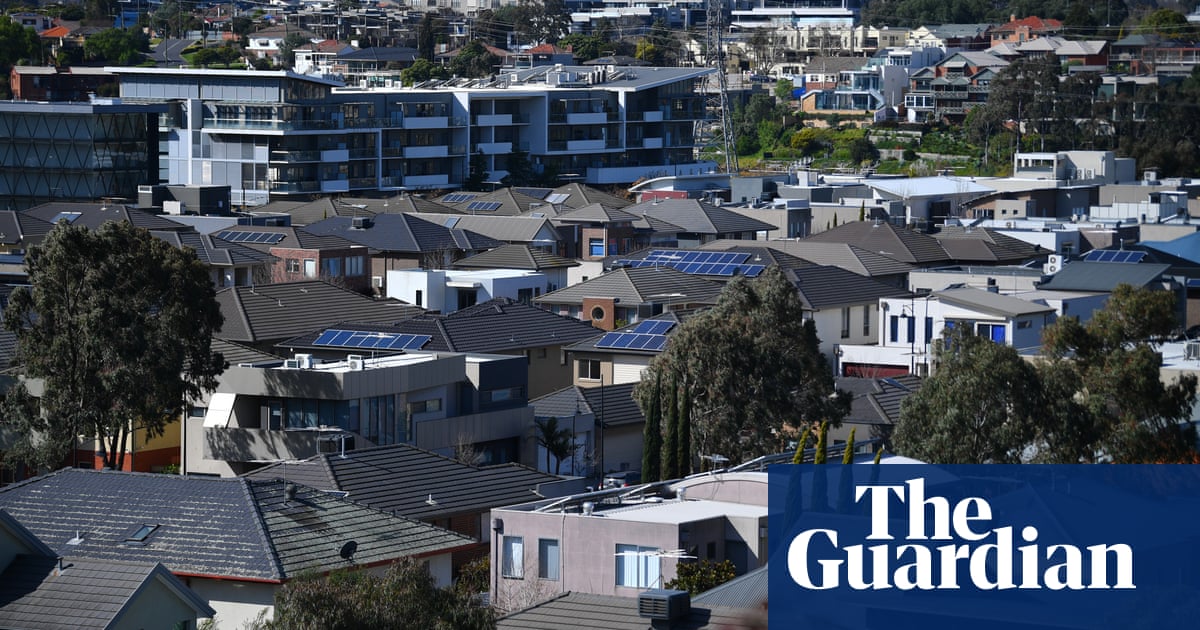 South Australia and Victoria have extended the moratorium barring landlords from evicting tenants or hiking rents, as tenant advocates in other states warn of a looming “cliff’s edge” when the national ban expires.

SA has said it will extend the emergency relief for struggling residential and commercial tenants until the end of March, with legislation due to be introduced to the state parliament on Wednesday.

The state’s attorney general, Vickie Chapman, described the measures as necessary given the levels of coronavirus infections in other states.

“Some provisions were set to expire by the end of September when it’s clear the impacts of the coronavirus are still being felt by families, businesses and the broader community,” Chapman said.

Victoria’s treasurer, Tim Pallas, announced his state’s extension on Friday, citing the need for security and stability as Victoria gradually eases out of social distancing restrictions and grapples with the devastating economic effects of lockdown.

“We’ve decided to announce that we’re ensuring greater certainty and security for residential tenants and landlords by extending the eviction and rental moratorium until 28 March 2021,” he said.

“The one thing [people] shouldn’t have to feel is that their home is at risk, their place of sanctuary, their place of security in the current environment … So we have listened and we’ve acted in respect of that.”

On 20 August the moratorium on eviction was extended until the end of the calendar year. When Victoria’s consumer affairs minister, Melissa Horne, introduced legislation laying out the second extension to parliament on Thursday she said it “acknowledges economic recovery will not be quick and that vulnerable cohorts, such as renters, will need continued support over a longer horizon as we to move towards a Covid normal”.

This decision has been praised by the Victorian Tenant’s Association. “[It] is a welcome recognition by the Victorian Government of the intense pressures many tenants are facing in our state,” said its chief executive, Jennifer Beveridge.

“[State authorities] have shown they are responsive to the needs of tenants, and other states also need to step up to protect people who are renting their homes in a pandemic which has upended all our lives.”

While Victoria has been hit hardest by Covid-19, advocates from less-affected states say they are still extremely concerned about the “cliff’s edge” created by the moratorium’s expiry date at the end of this month.

Penny Carr, the chief executive of Tenants Queensland, said a considerable number of residents would face eviction the day the ban lifted. “We know a number of tenants that will face eviction straight up,” she said.

“Off the top of my head is a woman, a single parent with two teenage boys. She works in the travel industry and lost her income, the vast, vast majority of it … She got taken to the tribunal and lost and has an order for the repayment of that rent. She is now being protected by that moratorium … and is definitely going to be out the moment the moratorium is lifted.”

The original six-month ban on evictions and rent hikes was agreed by the national cabinet, with the majority of states and territories joining in varying ways. Adding to advocate’s concerns, the moratorium is set to expire at the same time the jobkeeper and jobseeker payments are reduced.

“We’ve got to try to work to make sure that it isn’t a cliff and become more of a downhill run,” Carr said.

“The protections that we’ve got if we could taper them off rather than all of them. The big problem at the moment is that the income support payments reduce at the same time the evictions moratorium ends, and then people will have any rent that they owe due as well as some going back previous rent.

“The ideal would be that the moratorium extends beyond the end of the jobseeker and jobkeeper payment.”

The New South Wales deputy opposition leader, Yasmin Catley, has called on the Berejiklian government “immediately step up” and extend the eviction moratorium.

“We have one of the most expensive rental markets in the world, people are struggling just to keep a roof over their heads … [The government] must offer hardship payments to tenants and landlords, regardless of whether they pay land tax or not,” she said.

“Many people are still struggling to find work and pay the bills – they shouldn’t have to also worry that come October, they’ll be evicted from their home.”

The Tasmanian Tenants Union has also campaigned to have the ban extended until the end of December.

Along with the extension to the moratorium, renters in Victoria will now be able to access up to $3,000 in rental relief, an increase from the $2,000 previously announced. Renters are now are eligible for this relief if they have up to $10,000 in assets rather $5,000.

“In practical terms that ensure that families do have a capacity to amass some funds, albeit relatively modest … without seeing their access to that rent relief being in any way compromised,” Pallas said.

Victoria’s dispute system to help ensure that tenant and landlords negotiate rental reductions in good faith has also been extended until 28 March. Pallas said Consumer Affairs Victoria had been contacted by more than 93,000 Victorians trying to organise a new rent arrangement.

Relief will also be extended to landlords whose tenants have been affected by the lockdowns and are unable to pay their full rent. Landlords will now be able to seek a comparable reduction to their land tax into 2021.