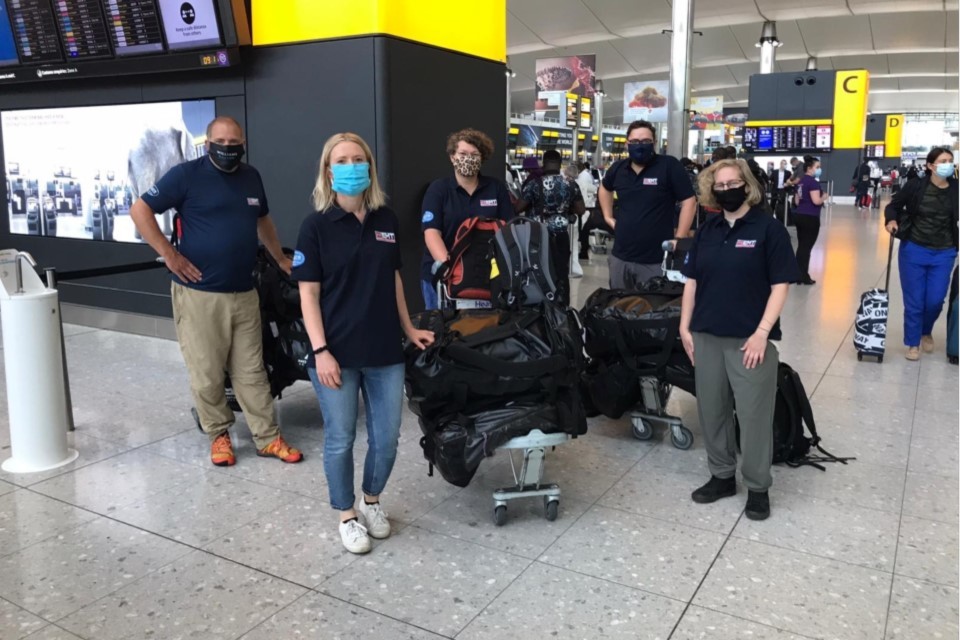 A second team of UK-aid funded medics have flown to Lebanon today (Friday 21 August) to help tackle coronavirus in hospitals affected by the explosion.

The team of five, who left from London Heathrow Airport, are part of the UK’s Emergency Medical Team (UK EMT) and specialise in intensive care, infection control, and water and sanitation. They will join three colleagues deployed earlier this month, with five more medics expected to join in the coming weeks.

An assessment from the first team of medics from the UK EMT, showed there was an urgent need for help to tackle the coronavirus outbreak in Lebanon, which has been made significantly more challenging by the explosion. The team will share their expertise with the World Health Organisation (WHO), which is coordinating health needs in the city.

Beirut is still facing an uphill battle to get back on its feet, having to deal with the complex double challenge of the aftermath of the explosion at the same time as tackling a worrying increase in coronavirus cases.

I want to thank this team of British heroes, whose expertise will help co-ordinate the response to this tragic disaster.

Lebanon has seen a stark rise in reported coronavirus cases, with the total numbers of cases doubling since the blast.

The full team of 13 experts will meet needs on the ground by joining up with the WHO to coordinate the international response to the health crisis and embedding in two public hospitals to help tackle coronavirus cases.