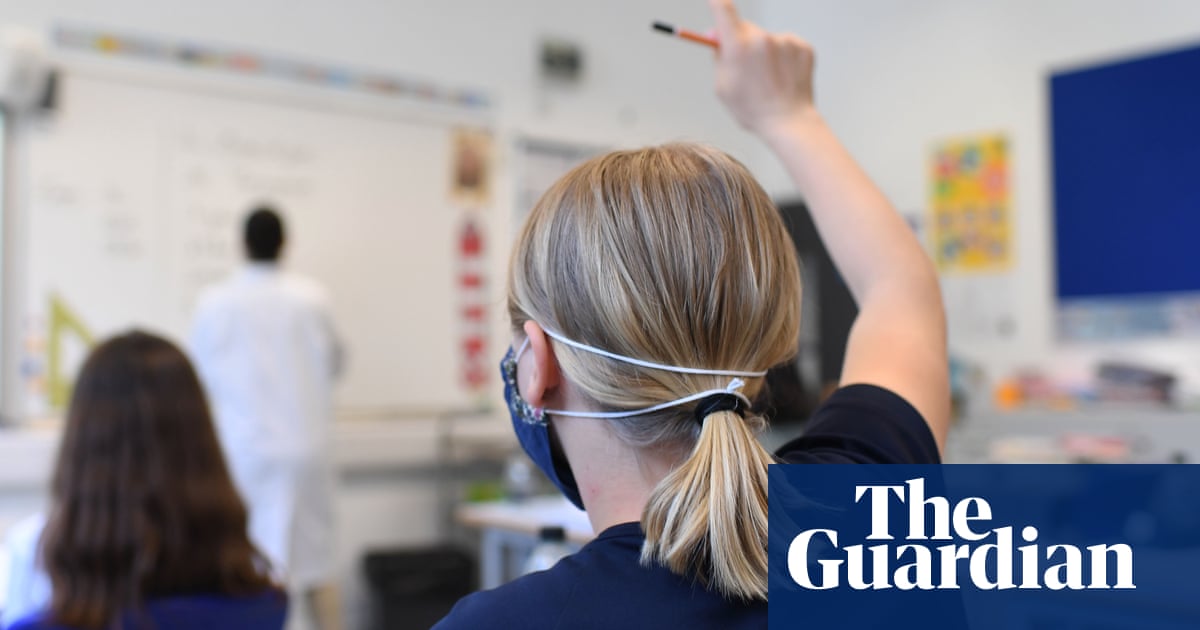 English secondary schools in local lockdown areas could have to use a “rota system” to limit the number of teenagers attending at any one time, with teachers and pupils required to wear face masks in communal areas, according to new government guidance.

The staggered approach will limit the amount of people students come into contact with, and will help break transmission chains by giving enough time at home for symptoms to become apparent, said the Department for Education (DfE).

If a coronavirus case is confirmed, every pupil in the affected person’s class, or “bubble”, may have to quarantine for two weeks, it added. In some cases a bubble could cover a whole year group.

The education secretary, Gavin Williamson, said any changes to school attendance “will only ever be an absolute last resort”.

The lengthy guidance, issued on Friday ahead of schools in England reopening for autumn term next week, said schools should base their plans on a four-tier system, and the extra measures for secondary schools should be introduced at the second tier.

“This allows more than sufficient time for symptoms to present themselves and for pupils to self-isolate and avoid transmitting the virus to others.”

The guidance added: “In addition, in all areas of national government intervention, at schools where students in year seven and above are educated, face coverings should be worn by adults and pupils when moving around the premises, outside of classrooms, such as in corridors and communal areas where social distancing cannot easily be maintained.”

However, the shadow education secretary, Kate Green, criticised the timing of the announcement. She tweeted: “This is so insulting to heads and staff who’ve worked flat out over the summer holiday, and are now expected to cope with yet more new guidance just hours before the bank holiday weekend and only days before term starts.”

Geoff Barton, the general secretary of the Association of School and College Leaders, welcomed the new guidance but was also frustrated by its timing.

He said: “We’ve been calling for more contingency planning from the government in the event of local lockdowns, so we are pleased that it has finally published some guidance to this effect.

“But to wait until the Friday night before most schools return isn’t the government’s finest moment. Obviously, schools haven’t had any chance whatsoever to incorporate this into their planning and will now have to revisit the plans they have put in place.”

The rota guidance for tier two does not apply to primary school children, as scientific evidence indicates they “play a limited role in transmission”, the DfE added.

All schools remain open at tier one, while tiers three and four mean more stringent restrictions such as closures to all but pupils in vulnerable groups or children of key workers.