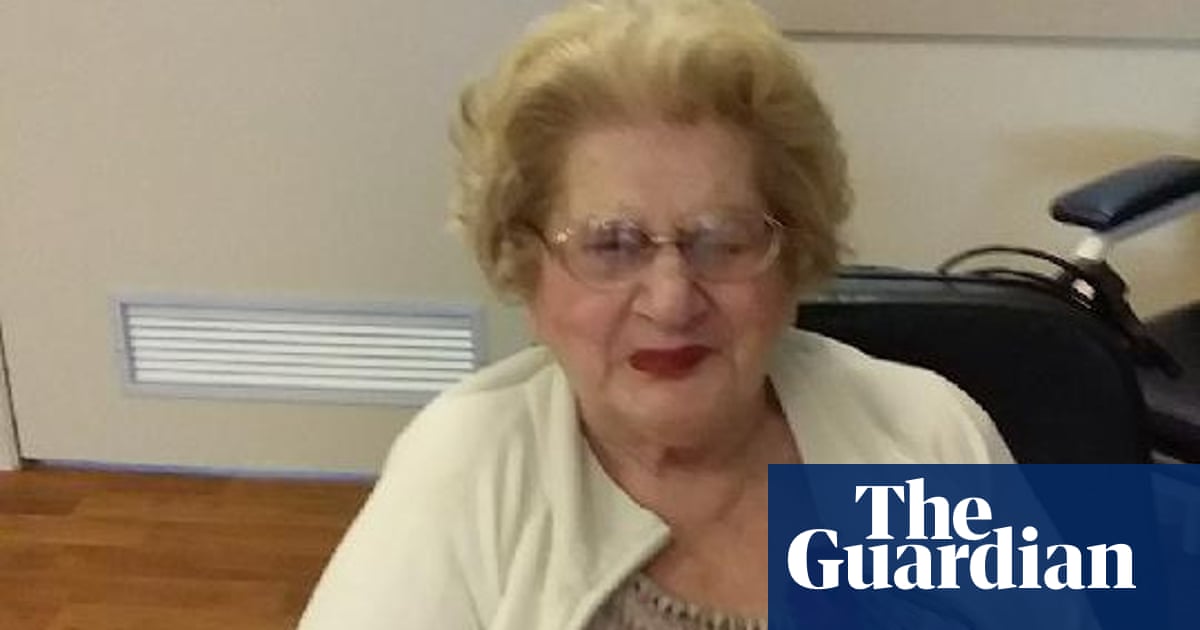 Kam Atkins says his mother “deserved better” than dying of Covid-19, and that the aged care home where she was infected with the virus continued to charge her fees even as she lay in hospital for almost one month fighting for her life.

Atkins said he contacted the home, Menarock Rosehill in Victoria, to ask that nearly $1,500 in fees be refunded but has yet to receive a response. It follows reports from the families of other residents of the home that they continued to be charged even after their loved ones were taken to hospital and died.

Atkins’ mother, Norma, died on 30 August in hospital, and her son said since her death the home had acted “as if she never existed”. He had not received a condolence card and had unsuccessfully tried to inquire as to why she was still charged fees until her death despite her being in hospital since 2 August.

Atkins said information from the home about his 92-year-old mother had been lacking throughout the ordeal. When Norma was transferred to hospital, Atkins was told by the home his mother had been taken to the Epworth Hospital in Brighton, but when he called the hospital she was not there.

“The home got the hospital wrong, she was actually taken to Epworth Richmond,” Atkins said. “We had to ring around just to find out where she was.” At 9pm on 30 August, a doctor rang Atkins to tell him his mother had died. The next day, Atkins rang the the chief executive of the home and when he told her his mother had died, he said she responded: “Yeah, I know.”

“I thought to myself, ‘You’ve got to be kidding me’,” Atkins said. “Why didn’t I get a call? Since then, I’ve heard nothing about her death. I haven’t even had a condolence card. I have no idea to this day how the virus got into the home, or how my mother became infected.”

Atkins said he did receive a call from the chief executive, however, to tell him that people had been speaking to the media about the outbreak and deaths in the home, and that she was disappointed information was leaking. Guardian Australia has seen emails from the home to other family members telling them they would no longer be receiving information unless it related directly to their relative due to the leaks.

Guardian Australia has repeatedly contacted the chief executive of the home for comment but is yet to receive a response. As of Monday, 16 Menarock Rosehill residents had died.

Three days before her death, nurses allowed Atkins to visit his mother to say goodbye. He had last seen her on 8 July, the day before her birthday, and the last day families could visit before the home was closed to visitors to protect against Covid-19. Atkins said when he last saw his mother in the home, they shared a cake and celebrated her birthday.

“The next time I saw her in the hospital, I looked at her and thought, ‘That doesn’t look anything like my mother’,” Atkins said. “I stood and talked to her and even though she was non-responsive the nurses, who were angels and just wonderful, told me she heard me. I just remember how shallow her breathing was and it was just heartbreaking watching this strong lady slowly dying.”

“It was one of the worst things I’ve ever seen.”

Until she became infected with Covid, Norma regularly painted her nails and had her hair set every week, Atkins said. She listened to Scottish and country and western music, and enjoyed watching movies. Atkins said he was close with his mother, and they used to laugh together a lot.

He was devastated to learn through reading Guardian Australia that one of Norma’s friends in the home, Sybil, and her husband John, had also died. Sybil and Norma were at one point roommates, and used to listen to music and watch movies together, he said.

“Sybil and John were lovely people and my mother thought the world of them,” Atkins said. “They all deserved better.”

Atkins said he did not blame the staff at the home, who he said were trying their best during a terrible situation, but said that the board of directors of the home needed to give families information about how the virus took hold.

There have been 577 aged care deaths related to Covid-19 since the pandemic began, 546 of them in Victoria. More than four out of every 10 Victorian aged-care deaths due to Covid-19 occurred across just 10 facilities.

Do you know more? melissa.davey@theguardian.com