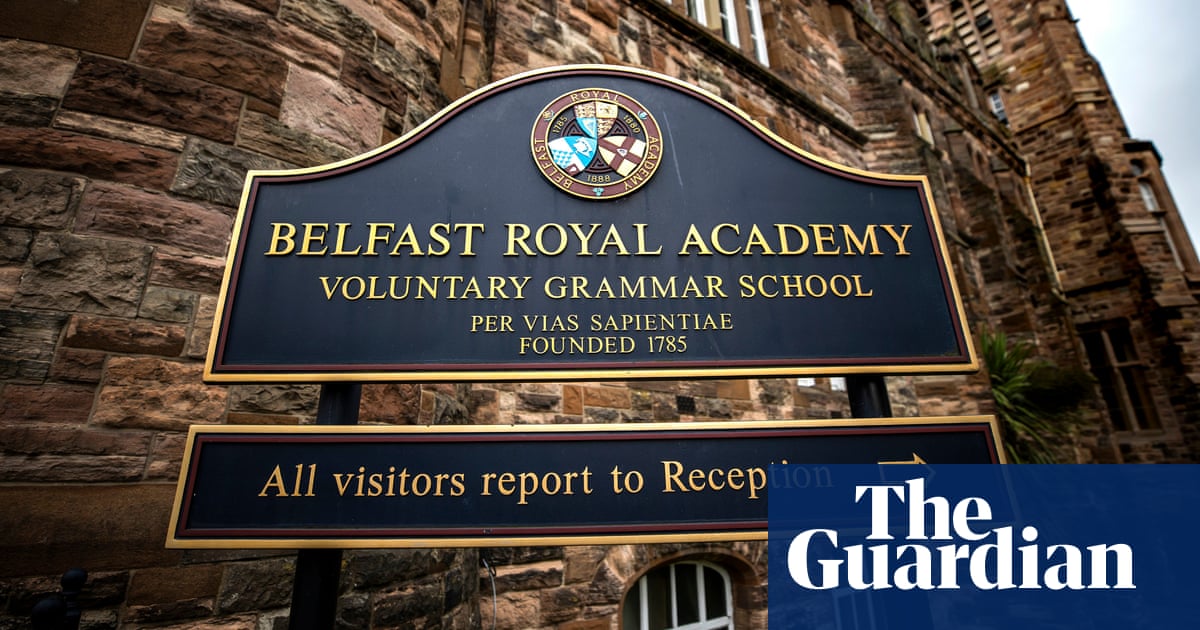 There will be no singing, no indoor PE, and no parents will be allowed past the school gates at certain schools in Northern Ireland as students prepare to return on Monday, with some making the wearing of face masks compulsory.

As thousands of children prepare for their return to school, the largest teaching union in the region also warns reopening will lead to a second wave of coronavirus infections by Halloween.

The National Association of Schoolmasters Union of Women Teachers (NASUWT) said pupils were returning to school at a time when infection rates were rising once more across Northern Ireland.

Some schools are taking extremely cautious measures to counter any rise in Covid-19 infections. One grammar school, the Belfast Royal Academy (BRA), has even imposed a compulsory policy of face masks for pupils and staff from Monday.

But the NASUWT said they were “extremely worried” that Covid-19 would spread rapidly through the region’s schools and spark a new wave of infections by the end of October.

Justin McCamphill, NASUWT national official for Northern Ireland, said Stormont’s strategy for getting schools reopened was published in June when there were 64 cases of Covid-19.

“Two weeks ago (10-16 Aug) 241 cases were reported. We are on the wrong trajectory to be abandoning social distancing now.

“Rushing to reopen schools fully without social distancing and without ensuring that all mitigating measures are in place is not in the interest of pupils, parents, school staff or the wider community … It will lead to a fresh wave by Halloween,” McCamphill said.

In a joint statement ahead of schools reopening in NI, the chief and deputy chief medical officers from across the four nations of the UK conceded wider reopening to pupils could lead to coronavirus infections rising and force the reintroduction of some local lockdown measures.

But while there were “no risk-free options”, they stressed the low risk Covid-19 presents to children and said further time out of the classroom would increase inequalities, reduce life chances and could exacerbate physical and mental health issues.

Is the curriculum dividing Northern Ireland’s schools along Troubles lines?

At Forth River Primary in the greater Shankill area of Belfast the principal, Judith Stevenson said the school did not have enough space to socially distance all of her 212 pupils when they open this week.

Instead each of Forth River’s seven classes will operate as a “social bubble” with no interaction with other classes, Stevenson said. Pupils will no longer use the school hall to eat or have any PE lessons there, Stevenson continued.

Among the restrictions imposed will be a ban on singing through lessons, she said. “Singing was always part of our lessons and was a way to help children get to grips with numbers and words. But we can’t sing with them because it produces more droplets in the air and so there can’t be singing in class.”

As for her staff, Stevenson added: “Although my colleagues have the option of wearing face coverings or visors I know today that a lot of them are stressed about coming back. I too have my reservations and feel we are running headlong into this but what can you do.”

Some parents expressed satisfaction with the way their children’s schools were rolling out measures to prevent any fresh outbreaks.

Gareth McKenna, whose daughter attends Our Lady’s Primary in the Cliftonville area of north Belfast, said the school had taken a “balanced and reasonable approach” with their protective measures.

Among those measures is the replacement of children’s school bags with a “box file” carrying books and stationery. These box files will be kept in the school at the end of each day and wiped down before they are used again the following morning. School books and other equipment would not be brought home.

McKenna said: “I don’t think we can eradicate risk without schools being completely closed for the foreseeable future. So, it’s about the mitigations which seem appropriate.”

At St Malachy’s College, also in north Belfast, parents have been issued with letters advising that their children avoid travelling if necessary to the all-boys’ grammar school on public transport. The letters urge all pupils who have to use Northern Ireland’s state public transport system to wear face masks at all times on their journeys.

As in Our Lady’s Primary, pupils at St Malachy’s must use sanitiser every morning on arrival while their parents cannot pass the college gates or enter the building unless by appointment. Unlike BRA, however, face masks will not be compulsory at St Malachy’s.