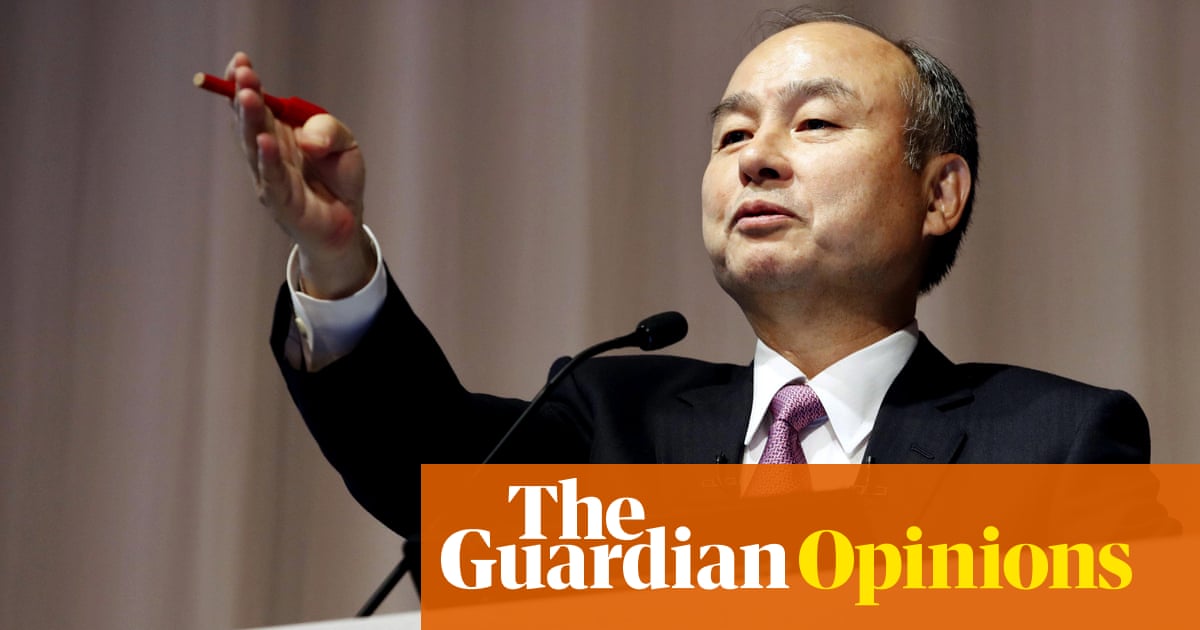 Would you trust Masayoshi Son, the man who did so much to promote and finance the WeWork silliness, to take huge short-term punts on your behalf on the value of US technology stocks?

Retail shareholders in Softbank, the Japanese firm founded and led by Son, clearly do not. Softbank’s value fell by almost $9bn (£6.8bn), or 7%, on the Tokyo market on Monday after the company was revealed over the weekend to be the “whale” that had been making big bets on US tech stocks using derivatives. Softbank’s buying of call options – the right to buy a financial instrument at a fixed price at a future date – was reported by the FT to have reached a notional value of $30bn over the summer.

Retail investors’ scepticism, note, was despite Softbank’s paper profits from its adventure reportedly having reached $4bn, a credible figure given the performance of the tech-heavy Nasdaq in the last couple of months. Ordinary owners of Softbank stock, it seems, believe either that Son’s gambling luck won’t hold, or that the company shouldn’t be behaving like a drunken hedge fund.

On both scores, one can sympathise. Son lost $70bn in the turn-of-the-century dotcom crash, so his record on timing market movements over short periods does not impress. Second, Softbank, after the WeWork debacle, in which it was joined by outside investors in its Vision fund, was meant to be clawing its way back towards normality by sifting its portfolio for disposals.

The “whale” escapade suggests Son prefers the fun of leveraged bets and short-term risk-taking; and an absurdly loose governance set-up seems to allow him to seek such sugar rushes. He cannot, though, grumble if his own investors are appalled by the absence of anything resembling a long-term strategy. Rather like the WeWork escapade, the whole affair feels wildly out of control.

A fall of 1% in sterling in a single day is a notable event, but let’s not overstate matters. The pound had risen 15% against the dollar since the middle of March when, amid Covid confusion, international investors were seeking sanctuary in the US currency.

Given that backdrop, any fresh threat of a no-deal Brexit was likely to have some level of impact. The same applies with the euro, against which the pound was down by about 1% on Monday at €1.12. But, again, context is important: sterling remains roughly in the middle of a tight range that has prevailed since the middle of May.

None of which is to deny that currency markets would throw a tantrum if no deal grew likely in the days before 15 October, the prime minister’s declared deadline to finalise a free trade agreement. Dutch bank ING, for example, forecasts the pound would fall to parity with the euro without a deal.

Financial markets are often terrible at reading political events, one must always remember – they certainly failed to see Brexit coming. But, for now, and despite Downing Street’s apparently aggressive manoeuvre over the Northern Ireland protocol, we can say this: investors still expect a Brexit deal.

Primark: the strong get stronger after the lockdown

A post-lockdown recovery in trading at Primark had been flagged by owner Associated British Foods, and arrived slightly stronger than advertised. Operating profits at the cheap clothing chain will be “at least” at the top end of the £300m-£350m range mentioned in July.

Do not, though, expect a V-shaped experience to be the norm in retail-land. The pandemic is widening the gap between the industry’s winners, such as Primark and Next, and the rest. Pent-up demand is flowing disproportionately to places where it was previously strong; note Primark’s claim that its market share in the UK in the past four weeks was the highest it has ever been for the time of year.

Primark is exceptional in any case because it doesn’t sell online. It is a poor guide to the general climate. That is also why AB Foods’ relaxed stance on city centres – “not remotely dead” – should also be treated with care. That’s easy for it to say: it’s big, lives also in out-of-town retail parks and can afford to wait for tourists and office workers to return. Not every retail chain is in that happy position.