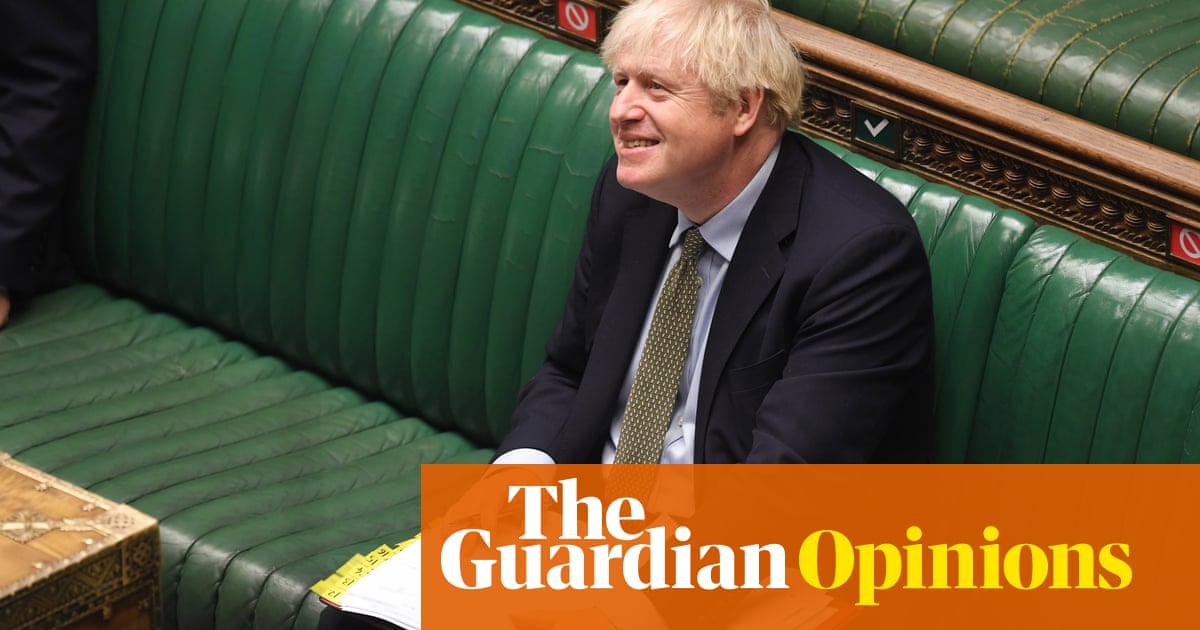 Maybe Keir Starmer should consider going back to basics. It’s been so long since Boris Johnson gave a direct – or even an indirect – answer to the Labour leader at prime minister’s questions that the time has come for Starmer to work out at what level Boris is prepared to tell the truth.

Simple control questions, such as “What is your name?” “What is your job?” “How many children do you have?” On second thoughts, maybe we should scrub that last one. We’ll never get an honest answer to that. Not least because Boris may not actually know.

This week’s PMQs promised much, coming less than a day after Starmer had put a clear dividing line between Labour and the Conservatives on how to deal with the coronavirus pandemic by calling for a circuit breaker. Call it Tier Starmer. Yet somehow their 15-minute exchanges felt something of a letdown. Not so much because Starmer was asking the wrong questions, but because of Johnson’s now trademark tactic of refusing to engage. Playing the idiot unsavant is an easy way of getting the Labour leader off his back when he knows he’s only got to survive six questions.

Starmer started with some basic detail. On 11 May Johnson had promised the country he would be guided by the science at all times. On 21 September the Sage scientists had recommended a short circuit breaker. So at what point did the prime minister decide to abandon the science and cobble together a three-tier regional system with which almost no one was happy?

Despite having had the whole morning to prepare for such an obvious question, Boris looked genuinely bemused. As if he had quite forgotten it was Wednesday and had been hoping for a lie-in. So he did what he always did. He filled dead air with dead words. When he had said he was going to follow the science, he had never intended to imply he would do so faithfully. Rather he was going to pick and choose the bits he liked. He reminded me of a builder I once used who, when I observed the kitchen floor was not level, replied that I had never specified it should be “dead level”.

Besides, Boris added, he was trying to balance the effects on livelihoods as well as lives. Not to mention the concerns of many Tory MPs who thought his three-tier lockdown plan already imposed far too many restrictions. So what had changed since Monday, when the Labour leader had seemed to back his new proposals?

Now it was Keir’s turn to look startled. What had changed was that the September Sage documents had only been published hours after the prime minister had finished making his Commons statement. It was a bit tricky trying to follow the science when the evidence had been withheld for the best part of a month. Hell, even all the council leaders in Greater Manchester were now on his side, saying they supported Tier Starmer rather than being dumped into tier 3.

This wasn’t quite true in fact, as the Tory council leader in Bolton had not signed up to this, but Starmer could rely on Boris not to be across this level of detail.

“Opportunism is the name of the game for the party opposite,” Johnson concluded. This was an open goal for Starmer and he didn’t miss, saying this was a bit much from someone who had been an opportunist all his life. Not even the prime minister’s allies could quibble with that. There again, even Boris had enough self-awareness to realise this might not be the most profitable line of attack and hastily backtracked.

Keir then upped the ante on the stats. Sage thought the £12bn track-and-trace system was having a marginal effect at best. What had happened to the “world-beating” system? Not even the scientists believed it was working well enough to reduce the R rate so the only logical conclusion was that bit by bit every region of the country would be moved up a tier or two as the infection rate increased, so we would just end up with a national lockdown by default. So why not act early and decisively to try to make a difference? Changing strategies when your own isn’t working wasn’t a sign of weakness. It was a sign of intelligence. Some hope.

By now Boris was beginning to look a bit bored. Even someone with his notoriously short attention span can get fed up with mouthing the same non-answers week after week. Not even the few diehard loyalists in the chamber who were cheering on his every bit of mindlessness, could clear his Mogadon fug.

First he confused a two-month lockdown with a short circuit breaker – he seemed so pleased at that piece of ignorance he repeated it twice – before adding: “I rule out nothing.” It was as good an admission we were likely to get of the inevitability of a circuit breaker, but for Boris it was much more fun to see how many people died and how many businesses went under as he messed around with his three-tier system first. Death by a thousand cuts.

Wales to ban visitors from Covid hotspots elsewhere in UK

And with that it all rather petered out. There was time for an obligatory dig at the Scottish National party – every time Boris opens his mouth he makes Scottish independence more likely – but mostly the prime minister looked as if he couldn’t wait to get away. Being beaten by Starmer at PMQs isn’t something he enjoys but it has long been priced into Johnson’s balance sheet. His only goal is to keep his losses to a minimum by maintaining the impression the session is a meaningless charade. And today he had managed to do just that, despite Starmer having the intellect, the science, the economics and public opinion on his side.

The Labour leader is going to have to rethink his approach. It won’t be easy. Boris is as careless with other people’s lives as he is with his personal relationships. In Boris world, he is the sun god whose continued existence is paramount. Everyone and everything else is expendable. But a change is going to have to come from somewhere. Otherwise we really are all totally screwed. There isn’t a single thing which the government can be said to be doing well. The coronavirus, Brexit, the economy and levelling up are all disaster areas. And despite the pallor and fatigue, Johnson just ain’t that bovvered.