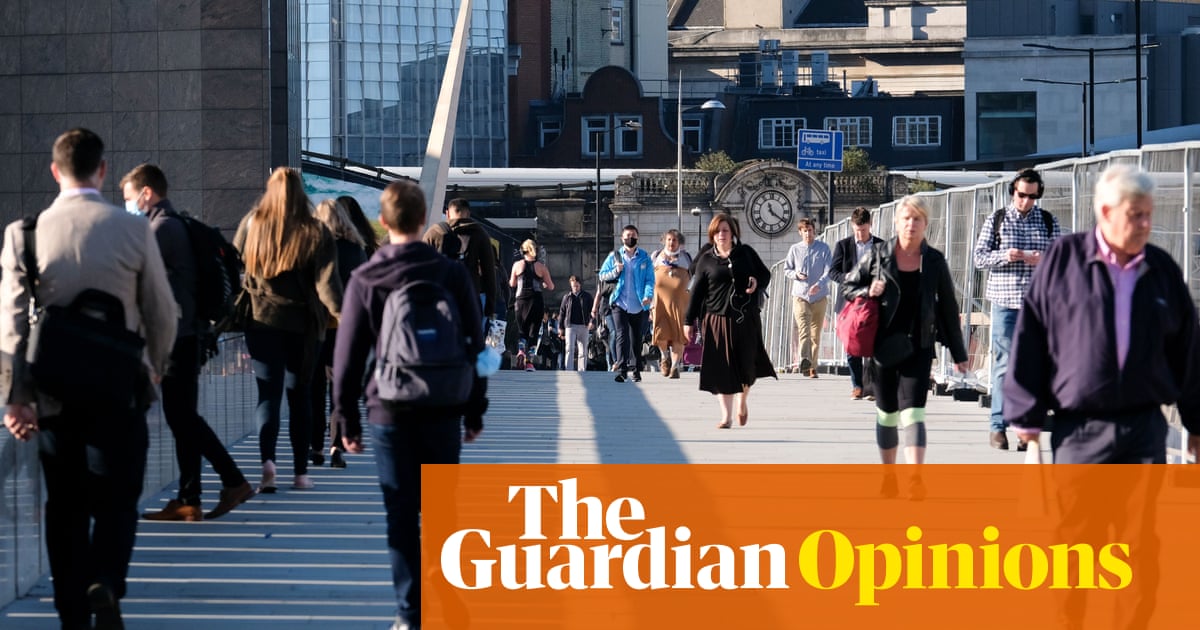 Over the weekend, the Treasury indicated a set of tax reforms aimed at addressing the pandemic’s large impact on public coffers. According to the leak, measures being considered by the chancellor, Rishi Sunak, include ensuring wealth and labour income are taxed in the same way and reversing George Osborne’s tax cuts for corporations. Some have called this a “tax bombshell”, but it really marks the beginning of a long overdue set of reforms.

Even without the pandemic, these policies would make sense. The UK tax system is not a level playing field. It taxes similar things in very different ways. It boosts the incomes of those who own a lot wealth, while disadvantaging workers. And our rock-bottom corporation tax rate pits our companies against those in other countries.

The heart of the injustice is that, in many cases, company and property investors contribute tax at less than half the rate of employees. This imbalance is most stark for for high earners: while an employee might pay 33% tax on an income of £100,000, a company owner would pay only 14% when making the same amount by selling company shares. This is hugely unjust. It increases inequality and creates perverse incentives. Business owners often simply reclassify their income, paying the lower rate without creating any additional benefit to the economy. In fact, many firms and legal schemes are created for the sole purpose of taking advantage of the skewed way in which we tax. It rewards those exploiting this loophole rather than those making a large economic contribution.

Fixing this problem has become more urgent in recent years. Gains from wealth have tripled over the past decade, with half of these proceeds going to the top 1% of earners. This is further compounded by tax exemptions for pension savings that mainly benefit the wealthy. Pension wealth is unequally distributed and pension tax relief disproportionately benefits those who have more of it. This creates the sad state in which retirement means poverty for some, while others are accumulate large gains through pension tax relief.

Wealthy people are also likely to have been less financially affected by the Covid-19 pandemic so far. Those on higher incomes tended to increase their savings during the crisis as they were often able to work from home, retaining their incomes and spending less on consumption. At the same time, lower-income households had to eat into their already low savings. Company owners benefited from unprecedented state support programmes, including zero per cent loans backed by the Treasury. The value of their savings is also being boosted by the Bank of England’s large injection of money into financial markets.

The outcome is a skewed economy in which wealth is valued more than labour. Year after year, the incomes generated from wealth outpace those from labour, compounding inequalities. This is on top of the effects of the pandemic, which further deepened these existing inequalities. We may be at the tipping point of falling into a situation where rising to the top is only possible through owning and inheriting wealth and not through hard work. An income structure that is lopsided in this way does not bode well for the post-pandemic recovery. Economic growth will suffer if consumption and investment is driven only by those owning big fortunes. Levelling the playing field between how we tax wealth and income could be a first step towards addressing this.

Another way in which our tax system is skewed is corporation tax. Over the last decade, George Osborne’s policies have cut the rate to one of the lowest in the developed world. Rather than seeking a globally harmonised way of taxing firms, the UK was a first mover in a race to the bottom. With this strategy, countries try to undercut each other by offering ever sweeter deals to globally mobile corporations. While this has increased profits of multinational firms, it has failed spectacularly to deliver on its promise to increase business investment.

It does not have to be this way. Bringing the corporation tax rate back to where it was in 2010 – roughly similar levels as other rich economies such as Germany and France – can shore up public finances and contribute to a new way in which global firms are governed. The revenues can in turn be used to boost the UK’s infrastructure investment which can create genuine new business opportunities.

There are further inequalities in our tax system that Sunak should address. Those who have disproportionately benefited from the pandemic due to government policies – such as online retailers and pharma firms – could contribute a bit more via a windfall profits tax. Many polluting activities, including in transport and heating, are given unfair tax advantages. This often tips households and firms towards picking fossil fuels over cleaner alternatives. Rectifying this could raise revenue and bring the UK’s tax system in line with our climate commitments. Finally, the chancellor will also have to find ways to address the brewing pension deficit, while at the same fixing the yawning funding gaps for health and social care.

As urgently needed as these reforms are, Sunak should not undertake them all immediately. The economic recovery is still in its infancy and many firms and workers are plagued by the uncertainty surrounding their economic future. The trick over the next months will be to press on with reforms that are compatible with the recovery, such as a windfall profits tax. And many sensible changes could be put into law now, but phased in gradually over the next few years so as to not hamper economic recovery. Bold reforms are necessary, but getting their timing right will be key.