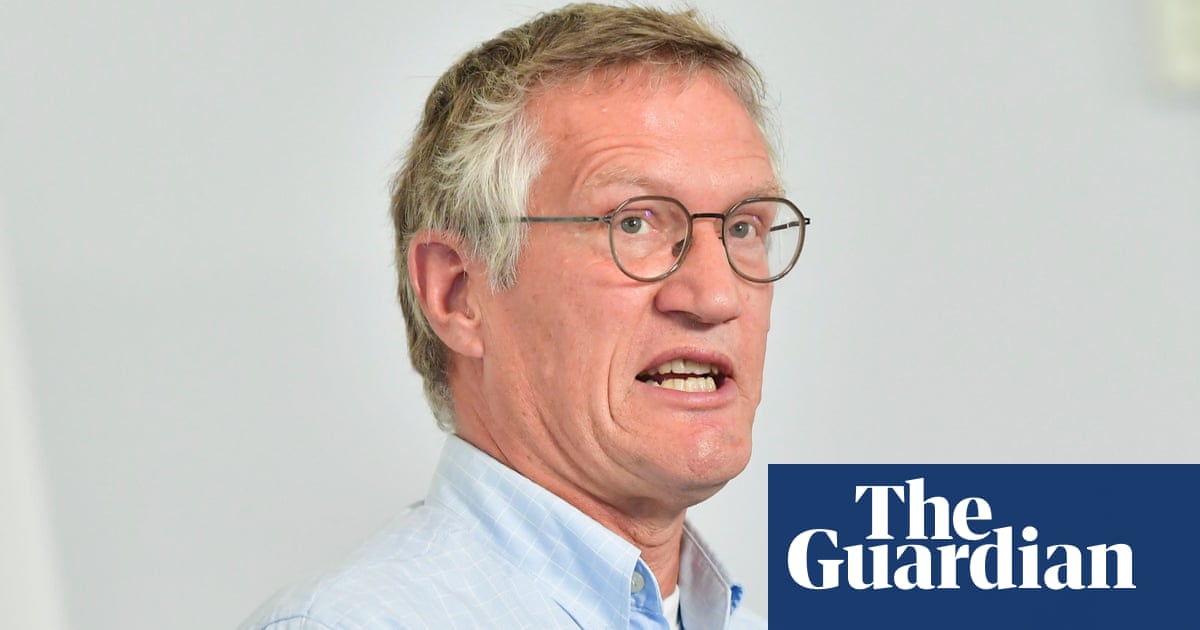 Sweden’s light-touch approach to Covid-19 has come under renewed criticism after emails show the country’s chief epidemiologist appearing to ask whether a higher death rate among older people might be acceptable if it led to faster herd immunity.

Speculation about the views of Sweden’s leading public health officials was further fanned after it also emerged that Anders Tegnell, the architect of the country’s no-lockdown strategy, had deleted some of his emails.

Tegnell has repeatedly insisted the government’s objective was not to achieve rapid herd immunity but rather to slow the spread of the coronavirus enough for health services to be able to cope.

However, email exchanges obtained by Swedish journalists under freedom of information laws show Tegnell discussing herd immunity as an objective in mid-March, days after the World Health Organization declared Covid-19 a pandemic.

In one exchange, Tegnell forwarded to his Finnish counterpart, Mika Salminen, and the head of the Swedish national health agency, FHM, an email from a retired doctor suggesting one way of tackling the epidemic would be to allow healthy people to become infected voluntarily in controlled settings.

“One point would be to keep schools open to reach herd immunity faster,” Tegnell commented. Salminen replied that the Finnish health agency had considered this but rejected it because “over time, the children are still going to spread the infection” to other age groups.

Finland’s modelling suggested closing schools would reduce the spread of Covid-19 among elderly people by about 10%, Salminen said in the email. Tegnell replied: “10% might be worth it?”

Tegnell, who has repeatedly argued that children generally suffer only mild symptoms of the virus and do not spread it to any great extent, has denied authorities decided to keep most schools open in a quest for herd immunity.

“My comment was on a possible effect, not on an expected one, that was part of the assessment of the appropriateness of the measure,” he told Emanuel Karlsten, the journalist who obtained the emails. “Keeping schools open to gain immunity was therefore never relevant.”

Sweden subsequently closed its schools for over-16s, but kept those for younger pupils open and insisted on full attendance. Families, including those in high-risk groups, have been reported to social services and faced fines for keeping children at home.

Sweden also banned gatherings of more than 50 people, but otherwise asked, rather than ordered, people to observe physical distancing and work from home where possible. Shops, bars, restaurants and gyms also stayed open.

In other emails, the chief epidemiologist asks Johan Giesecke, one of his predecessors and now a paid consultant to the Swedish public health agency, to model what would happen if the virus was allowed to run through the population, and Giesecke suggests senior high schools could be reopened after Easter.

Separately, the daily Aftonbladet said Tegnell appeared to have deleted several emails in a batch of more than 200 from January to April that it had requested. Among the emails, it said, were parts of conversations with government employees, health experts and Giesecke. It is not clear when the emails were deleted.

Asked why this had happened, the public health agency replied that not all emails were stored by the authority and some “may be missing because they have been discarded by the individual employee”.

Tegnell told the paper the emails were probably “parts of working discussions with different groups” that did not need to be kept. “I delete a lot of emails that I do not consider relevant in a way that needs to be recorded,” he said, referring further questions to the agency’s lawyers.

While denying herd immunity was the strategic goal, Tegnell has consistently argued the strict lockdowns imposed in other countries were unsustainable and that Sweden’s approach, which has been supported by a majority of the population but attacked by many experts, would mean it is better prepared for a second wave.

Sweden’s case and death numbers have fallen steadily since June. The country has recorded 84,294 coronavirus infections and 5,783 fatalities – a death toll per million inhabitants many times higher than those of its Nordic neighbours, but lower than those of some countries that imposed lockdowns, such as the UK, Spain and Italy.

Authorities estimated that 40% of Stockholm’s population would have contracted Covid-19 by May, but national studies have found immunity to the virus remains relatively low and a study published last week in the Journal of the Royal Society of Medicine concluded herd immunity was “nowhere in sight”.

Swedish schoolchildren of all age groups return to class this week, prompting alarm among some parents and a call from experts and academics for a “more responsible” policy, including making masks compulsory in schools – which Tegnell does not support – and enforcing physical distancing rules.

Scientific studies from countries including South Korea, the US, Israel and Sweden itself suggest that while scientists do not yet fully understand how exactly children contribute to the pandemic, it is clear school-age children can and do spread the virus to wider society, 26 academics argued in an open letter.

Cecilia Söderberg-Nauclér, a professor of microbial pathogenesis and one of the letter’s signatories, told the state broadcaster SVT that the data in the government report announcing there had been little in-school transmission did not justify that conclusion.

She said: “There is no knowledge about the spread of infection in schools [in Sweden] yet.”