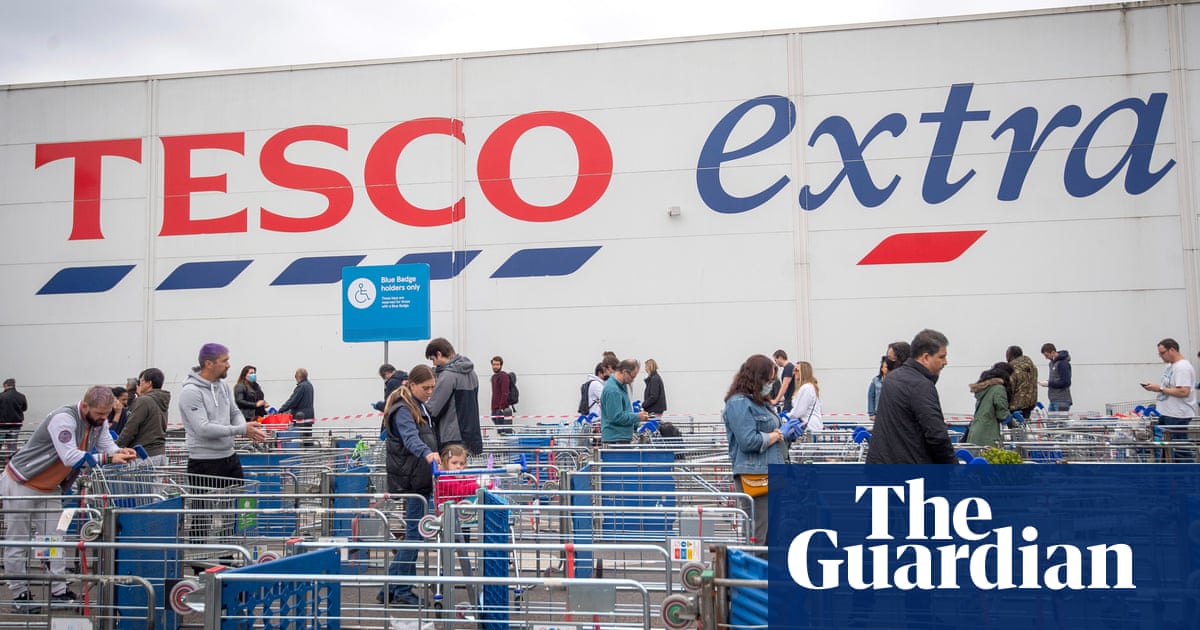 Tesco has suffered a major shareholder revolt over executive pay, casting a shadow over a strong sales performance during the coronavirus lockdown.

Shareholders representing just over 67% of the stock voted at the retailer’s annual meeting not to back the remuneration report. The vote comes after the outgoing chief executive Dave Lewis’s pay rose by more than a third to £6.42m last year, partly because Tesco’s board decided to remove the online grocer Ocado from a list of rivals used to measure relative performance.

In a statement after the vote, Tesco made clear it did not plan to make any immediate changes to its executive pay plan. “Following recent engagement on our remuneration report with a number of our larger shareholders, we have been reassured that the majority agree that the overall outcome of the 2017 [long-term bonus] award is proportionate given the outstanding turnaround delivered by management.”

Tesco sells up in Poland to focus on UK

It said it did recognise “that a significant number of shareholders had concerns” with the decision to remove Ocado from the rivals list and would publish an update on its plans for the year ahead within six months.

The row comes as Tesco sales soared during lockdown, with shoppers switching to buying online and in local stores as well as returning to big weekly shops at the supermarkets.

The UK’s biggest supermarket chain said sales at established UK stores rose 8.7% in the three months to 30 May, with sales of food increasing by 12%. However, clothing sales fell by a fifth. Online sales rose by 48.5% and sales in convenience stores jumped 10%.

Retail profits for the year are expected to be in line with last year as Lewis said the cost of adapting to the coronavirus pandemic had been “very significant”, including new safety measures in stores, covering sick pay for vulnerable staff who have had to isolate at home and bringing in 47,000 new workers to help with increased demand. He said he expected additional costs to be close to £920m, the upper end of expectations set out earlier in the year.

“In the last three months the industry has changed beyond imagination,” Lewis said in his last results presentation before handing over to the new Tesco boss Ken Murphy in the autumn.

Poor trading at Tesco’s bank hit performance in the quarter. Sales at the bank fell by just over a quarter as its travel money business closed temporarily and fewer people used ATMs. Tesco said it expected the division to report a loss of up to £200m.

Lewis said Tesco’s efforts to keep price rises below inflation, including a new price match promise with Aldi, had helped it win shoppers from the German discounter for the first time in more than a decade.

On Friday, Tesco said it would be extending the Aldi price match to a further 500 products, from about 300 at present.

Roberto Pozzi, an analyst at the credit ratings agency Moody’s, said Tesco’s plans would have implications for the whole grocery market in the UK: “Tesco extends its price-matching campaign to all branded products, challenging suppliers to lower prices in order to compete and regain market share from discounters. This will likely spark new price wars, a credit negative for UK grocers.”

Thomas Brereton, a retail analyst at GlobalData, said: “Tesco appears to be gearing up for an all-out price war with the discounters.”

The biggest change flagged by Tesco was a switch to online, which now accounts for 16% of its sales, up from 9% before. Tesco has more than doubled its weekly capacity to 1.3m delivery slots in five weeks, with an investment of only £4m. The company expects to take £5.5bn of sales online this year compared with £3.3bn last year.

About 590,000 vulnerable customers, including elderly people, had started shopping online with the supermarket, many of whom had never done so before, and the group was confident it would continue to serve them.

“We believe the increase [in shopping online] is permanent,” Lewis said, adding that he anticipated that about 12,000 staff taken on to help with online shopping during the pandemic would stay on.