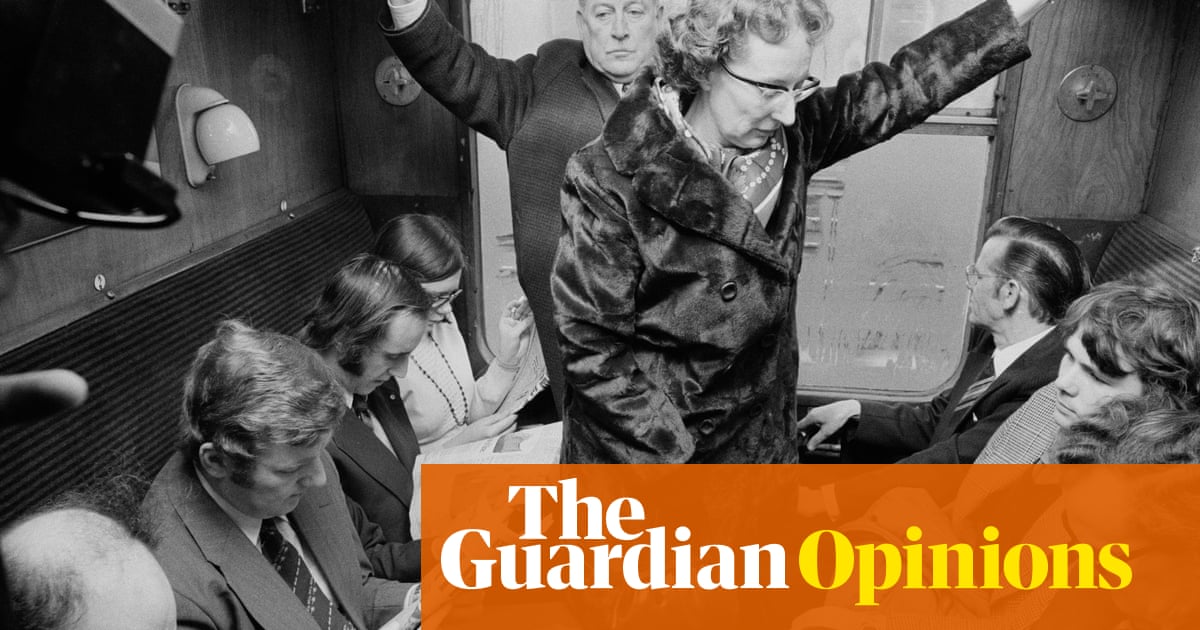 An unexpected new national stereotype has emerged with coronavirus. We are allegedly in a new era of “work-from-home buyers”: people who are determined to minimise the amount of time they spend in their workplaces, and make their recent lifestyle changes permanent.

Massed interest in what estate agents call “coastal and country” properties has apparently led to the biggest monthly increase in house prices in more than 16 years. Meanwhile, all those exhortations from politicians and rightwing newspapers intended to get people travelling back into cities – which, in most cases, means London – are evidently not working. At the centre of all this lies something fascinating: a sudden questioning of commuting and everything it entails.

Four years ago, a report by the Royal Society for Public Health set out the basics of the daily national schlep to and from work. Nearly 25 million people in England and Wales were reckoned to be daily commuters. Between 2004 and 2016, the number of workers travelling each day for two hours or more had increased by 72%, from 1.7 to 3 million people. The text said that commuters “have on average lower life satisfaction, a lower sense that their daily activities are worthwhile, lower levels of happiness and a higher level of anxiety”.

Because modern commuting tends to involve “passive travel” by car, train or bus rather than walking or cycling, the text went on, it can “lead to physiological effects, such as an increased pulse rate and higher systolic blood pressure”, not to mention a higher body mass index. In short, all the evidence pointed to the unsurprising fact that commuting had long since become a threat to our health and wellbeing.

And although these facts apply across the UK, something about our collective acceptance of this grimness seems to go to the heart of the English character in particular. Small wonder, perhaps, that in a lot of self-consciously English popular music, the commuter is a central character: a perfect archetype on which to project all the suppressed misery that still, perhaps, explains who we are and how we live.

The template was set by the Kinks’ 1969 song Shangri-La, and its portrait not just of the small pleasures offered by a home in suburbia, but “the little man who gets on the train” and “is too scared to complain / Cos he’s conditioned that way”. In its wake came songs by the Jam, Madness and more, but the most prolific exponents of the genre were Blur, whose commuter songs were spread over a trilogy of albums they released between 1993 and 1995. On a somewhat throwaway piece about an imagined nobody called Ernold Same, the lyrics were recited by Ken Livingstone – remember him? – in adenoidal tones that evoked a living death: “Ernold Same caught the same train / At the same station, sat in the same seat / With the same nasty stain / Next to him the same old what’s his name / On his way to the same place to do the same thing / Again and again”.

Now there may at least be a quiet pushback under way. Clearly, the chance to work from home extends to those only with sufficient space – not to mention sympathetic employers – and if the change lasts, it will surely highlight already existing inequalities. Moreover, here and elsewhere, if cities are now being problematised, no one should ignore the potential racial aspects of that. It’s something that’s already front and centre in Donald Trump’s talking-up of urban disorder, and his claim that Joe Biden and the forces that support him would “destroy the beautiful suburbs”.

Meanwhile, in the places beyond city limits that may already be overrun with prospective buyers, rising property prices could worsen local housing problems, and fan resentments between incomers and those with local roots. All these things are a reminder of something obvious: that in societies still in thrall to the free(ish) market, social changes are rarely successfully managed, and are usually allowed to sow plenty of pain and disruption. But for better or worse, they often turn out to be unavoidable.

Of course, people may soon be vaccinated against the virus and crowding back into cars, trains and buses, if they are lucky enough to still have a job. But even that prospect does not quite gloss over the sense that habits long held to be the natural order of things suddenly feel contingent. Contrary to the idea that staying out of the office represents a licence to laziness, there is also rising interest in the idea that reclaiming time from commuting might benefit the economy: one Australian academic has recently estimated that in his country a massed switch to home-working might amount to a 13% increase in productivity.

The Cambridge academic Helen Thompson recently wrote in the New Statesman that “employment in the economy as we know it depends on plenty of unnecessary movement and some degree of pretence”. She went on: “Commuting may not be essential, but hundreds of thousands are employed and a great volume of commercial property debt is serviceable because large numbers of people endure it.” This led to a bracing conclusion: that “physically moving ourselves around the country is an economic necessity”.

In this vision, the morning train is actually a treadmill. Now, notwithstanding the inequalities that a retreat from commuting will highlight, millions of people are aware of a different way of living. This, surely, is the kind of revelation that no one will be able to suddenly wish away, and the perfect trigger for something we ought to be getting used to by now. In a country already hurtling into a very uncertain future, it’s one more social shift that will have no end of consequences.

• John Harris is a Guardian columnist