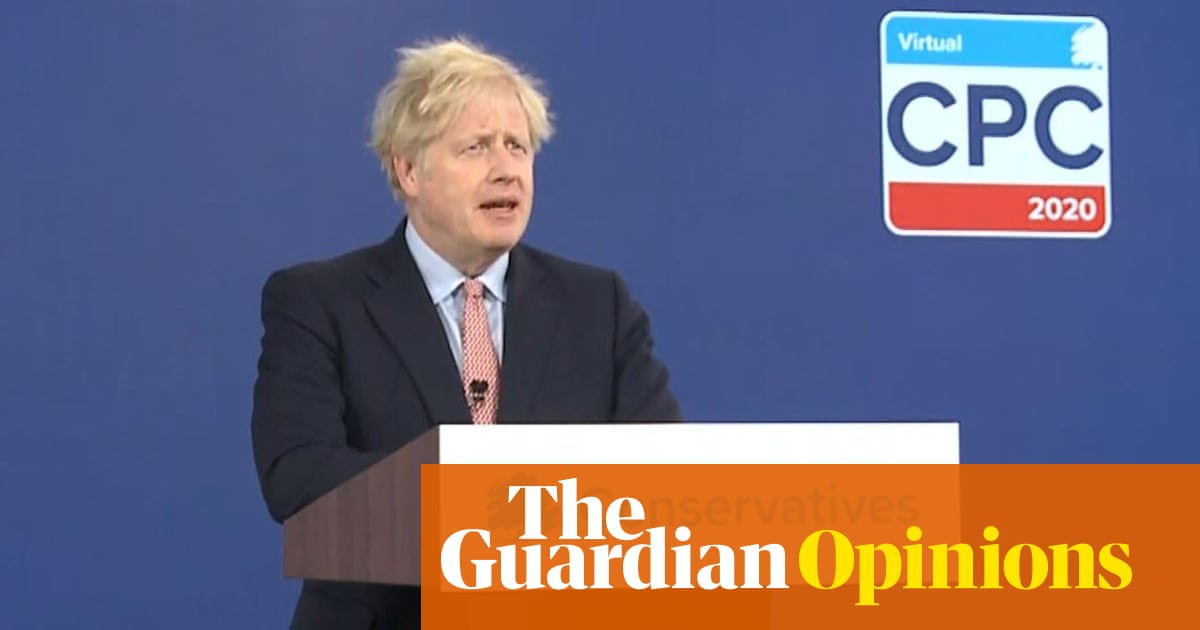 “France in 1789. Russia in 1917. The Europe of the 1930s. The pandemic of 2020. They are all junctures where the river of history changes direction,” wrote the historian Margaret MacMillan earlier this year. Her thesis, outlined in the Economist newspaper, was that the pandemic had exposed society’s weaknesses and strengths. Once revealed these can shape the public mood, lighting fires that could create warmth and comfort or burn and destroy with revolutionary zeal. How the story unfolds – whether the pandemic is pivotal rather than mutinous – will depend, wrote Prof MacMillan, on leadership.

Boris Johnson’s coronavirus stewardship has been disastrous. The utter incompetence and abject lack of strategy at the heart of his government has seen his poll ratings drop and has rattled Conservative MPs. Covid has spread, with hospitalisations and death rates rising. In the last few months, Mr Johnson has only provided broken promises and empty hyperbole. His claim that there will be no restrictions on sizes of gatherings and no social distancing by September next year betrays how desperate things have become.

If the situation was allowed to persist, widespread discontent could be mobilised against the government and the prime minister would sink deeper into the mire. Even before the Black Lives Matter protests erupted, the last decade has seen more mass movements demanding radical change around the world than in any period since the second world war. Mr Johnson’s online conference speech was a call for his party, rather than Labour, to forge its radical ideas about the size and role of the state into coherent criticism of the old order as well as viable plans for a new one.

Contrary to the impression Mr Johnson might have given as a loyal Tory MP, Conservative mayor or foreign secretary, he said Britain was broken before he became prime minister. To fix that, his government would channel the spirit of Labour’s 1945 “New Jerusalem” administration, which created a prosperous yet egalitarian society. Mr Johnson made clear he was less concerned with equality than to create a “dynamic recovery”. Crucially, it was not the state but the “free market” that he would turn to so that he could “build back better”.

He emphasises entrepreneurialism and is ideologically committed to curtailing the state’s role. But he seeks a powerful, interventionist and even authoritarian state. The prime minister has many reasons to do so. He wants to place the commanding heights of the economy in the hands of the business interests that back the Tories. He wants to win back voters in under the age of 40, offering them state-backed 95% mortgages, apparently unconcerned by the financial risk. Free stuff is popular.

He also seeks to raise public-sector net investment, particularly in “red wall” seats to shore up his new electoral base in the north and the Midlands. Mr Johnson will probably use the state’s fiscal capacity to deal with Brexit shocks. His conversion to offshore wind is late but welcome. It is also small beer compared with the £27bn roads budget that the Tories pushed through.

Mr Johnson’s breezy optimism is not enough for a future where a painful Covid recession will determine British politics. The country faces levels of unemployment on a scale not seen since the 1980s. This will polarise debate and see poverty rise. He must not be allowed to relegate social justice to the back burner. Crises do not lead to shake-ups unless politicians are prepared to seize the moment. Leaders must know what they want to achieve and how to do it. The prime minister’s hero, Winston Churchill, wrote that: “History will be kind to me, for I intend to write it.” Mr Johnson yearns to be remembered in such portentous terms. He will need a more provident plan than that outlined in his tendentious speech to the country.