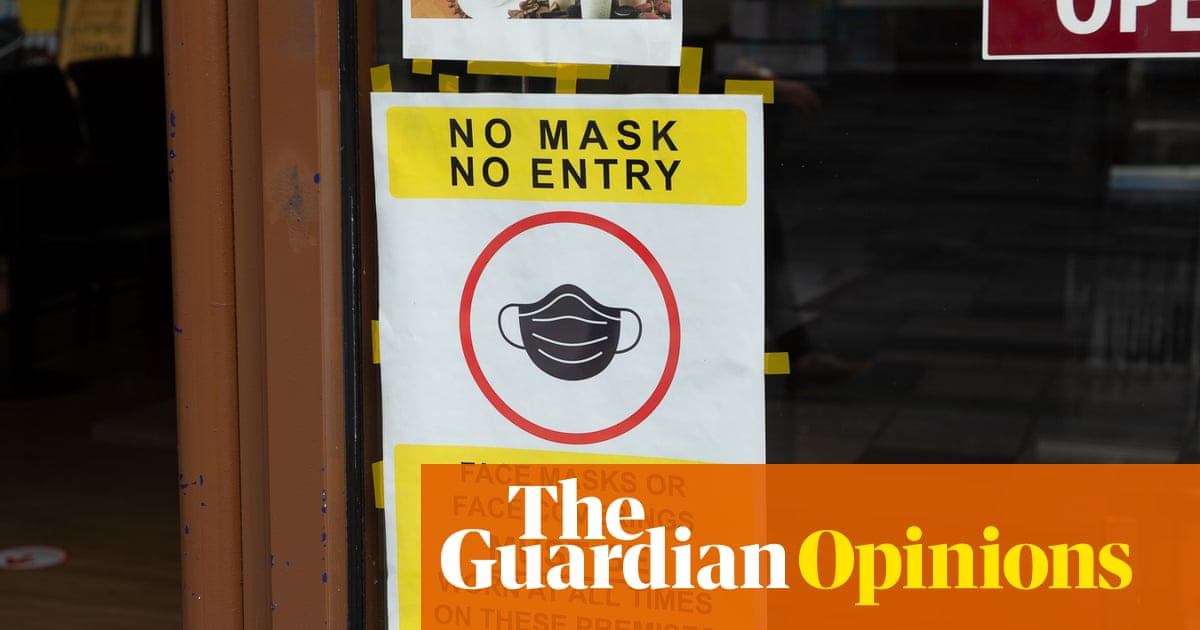 This spring, Singapore’s government issued a pandemic decree that sounded both logical and faintly comical: hair salons could offer simple trims, but not elaborate styles. It captured some of the difficulty of balancing people’s needs and wishes with the urgency of containing the spread of coronavirus. It was also a reminder that regulations must not only reflect what is possible in health terms but what is graspable and acceptable – perhaps easier in a highly rule-bound society like Singapore’s.

The outcome of a medical crisis depends to a large degree on social rules and our ability to follow them. Formulating them is a tricky business, and increasingly so as infections resurge in places that hoped they were past the worst. The R value for the UK may have risen above 1 for the first time since the weekly reporting of data began in May, scientists warned on Friday. The number of people testing positive for coronavirus in England rose 27% in a week, hitting its highest level since June. On Saturday, Scotland announced the biggest single-day jump in three months.

As winter approaches, keeping infection rates down will only get tougher. But when lockdown started, everyone knew what they had to do. The simple message to stay at home has since been superseded by a mass of specific guidance, frequently changed and often very poorly communicated. Now, not only the four nations but also cities and even wards are under different obligations. The complexity is the necessary result of highly variable rates of infection in different places, as well as of political choices. But even the best intentioned are confused about what is and is not permitted. Others don’t seem to care.

One issue is the lack of explicit discussion by politicians of the choices we are making. In Oldham, Blackburn and parts of Pendle, residents have been told not to socialise with anyone from outside their household, even in gardens or parks. Yet pubs and restaurants remain open. In Birmingham, where people have been asked to restrict visitors to their home, the council leader says that data shows outbreaks have occurred in workplaces and the hospitality sector too. We should not be surprised when people struggle to make sense of these rules.

The chief medical officer, Chris Whitty, has been more candid about trade-offs. In some places, pubs and shops may have to close so that schools can reopen, he has warned. Parents and staff have sensible concerns about the return to school that must be addressed, especially given the lack of guidance over what will happen if there is an outbreak and the World Health Organization’s call for children over 12 to wear masks. But the prioritisation of education is right: the suspension of schooling has been damaging for children, especially the poorest, and has left many adults unable to work.

What we should not accept is the crude idea of a choice between lives and livelihoods. As punitive as lockdown has been, top economists have warned that a premature easing could trigger a higher death toll and deeper recession. Three things are clear. First, the government’s rush to reopen squandered the opportunity to suppress infections more substantially and sent the wrong message to the public – caution must now be paramount. Second, we need better testing and tracing, which is critical to containing outbreaks; the performance of outsourcing companies is woefully inadequate. Finally, the public must be better consulted and informed about choices: it helps when people know not only what the rules are, but why. An information campaign should include, for example, efforts to reshape norms around masks – greater compliance should allow greater mixing. People have shown their willingness to comply with tough rules when it is necessary, but they will not follow those that they do not understand or believe in.