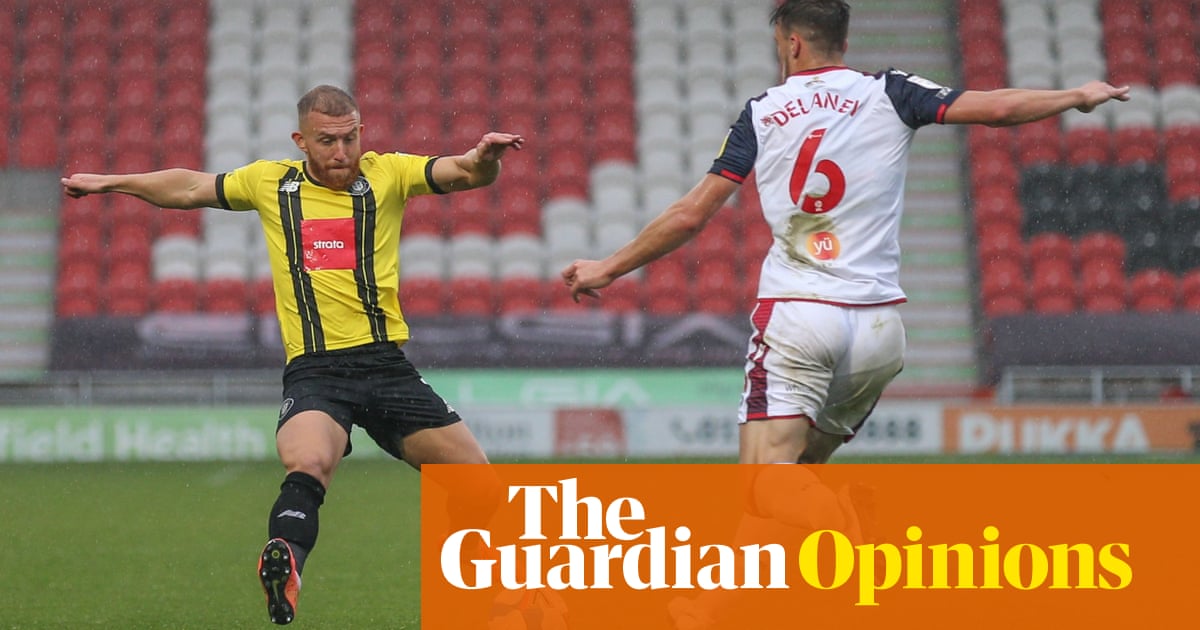 Sport has become a touchstone during the pandemic. Whether the continuation or otherwise of sports the British hold dear deserves to assume so central a place is another matter. A game is after all only a game, and is of little consequence compared with how hospitals, care homes, schools and universities are coping. But from the government’s wish that televised football recommence to boost the nation’s spirits, to the fraught discussion of which clubs and leagues will survive, the question of sport’s future has been inescapable.

The government has, as in most areas, managed to achieve the worst of all worlds. It has permitted the return of sport but without fans, making many clubs nonviable. Hence the long-running argument over whether the Premier League should bail out the rest of football’s creaking pyramid. There were hopes this might be resolved this week, but as with most things Covid-related – the arts bailout, the future of cinemas, aviation, the night-time economy – there is a stalemate, leaving many organisations to muddle through while the government sits on its hands.

It is valid to ask why lower-league football was allowed to return with little or no income. What purpose is served by Harrogate Town playing Bolton Wanderers in League Two when no fans – these clubs’ principal source of income – are present? Would the Royal Shakespeare Company stage Hamlet in an empty theatre for the sheer hell of it? Probably not. There was a brief hope that some fans could be allowed into grounds, but that was quickly dashed. Streaming games will produce some income, but how many takers will pay a tenner a match for a product that is unlikely to come close to the broadcast quality they are used to?

Britain’s sporting bodies, with the connivance of the government, are pretending that nothing has changed when everything has changed. A government trying to steer a middle course between full lockdown and herd immunity has managed to befuddle everyone. Its response to the four horsemen of the apocalypse has been to encourage us to have a bet on the winner.

Do clubs like Harrogate and Bolton Wanderers deserve to survive? Surely they must. These clubs are much more than just a nursery ground for talent. They are deeply woven into their communities and when you take them away a deep hole is left. It’s not the lower leagues’ fault that they have no audience and no income; they are acting on the government’s instructions, and Whitehall or the Premier League, or most likely both, will have to organise a lifeboat. Premier League clubs owe something to those lower down the league. It is only an accident of timing that, say, Brighton and Burnley happened to be in the top division when the pandemic hit as opposed to fallen giants like Sheffield Wednesday and Sunderland. Where is the long-term plan – for football as much as for culture, universities, pubs and restaurants, and everything else? The “new normal” isn’t working and the sooner the government admits it, the better.