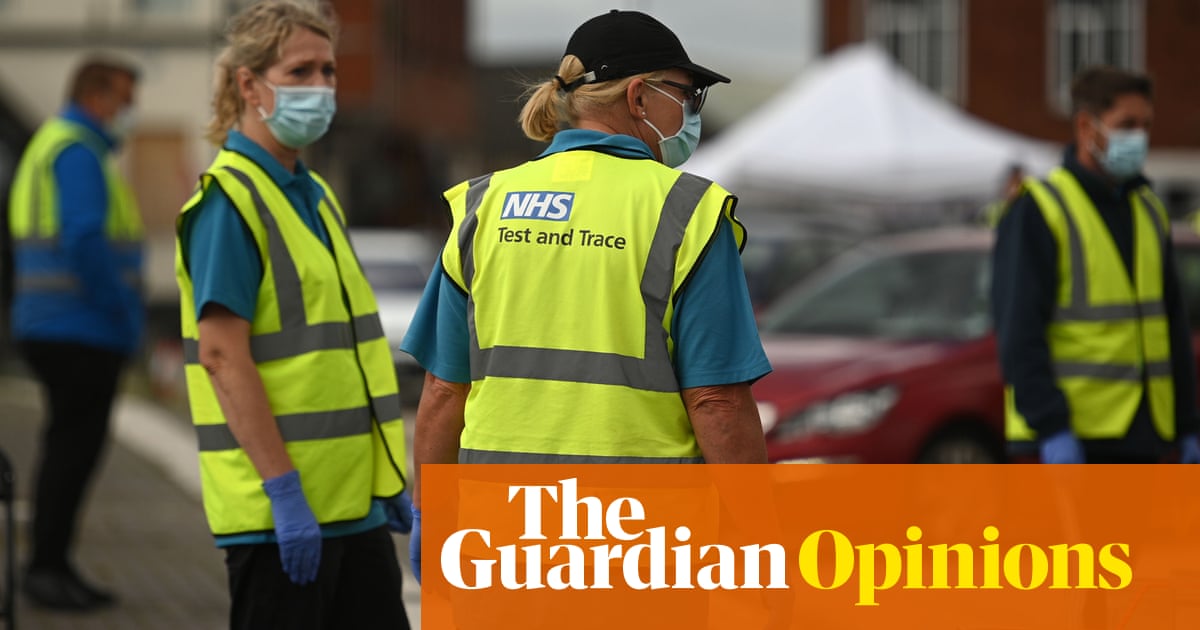 Even as the government imposed new restrictions to halt the surge in infections, the prime minister could not help claiming that life might look closer to normal by Christmas. Operation Moonshot – the pursuit of mass testing, to be deployed on a bigger scale than in any other country – is the latest in Boris Johnson’s string of promises. A world-beating test-and-trace app would arrive by the end of May. A vaccine may even be available by the end of the year. No 10’s approach to coronavirus feels less like a strategy and more like internet clickbait: This One Neat Trick Will Defeat Covid-19.

The results are showing. As the chief medical officer, Chris Whitty, warned on Wednesday: “You cannot argue with the numbers.” England has seen stark rises in infection levels, with more than 2000 confirmed cases a day, though not yet a matching surge in hospital admissions or death rates. That may be in part because those lag new infections by weeks, as well as because the new cases are mostly seen among young people. Some of those may be seriously affected; and other countries show how infections among the young can soon spread to their elders. Universities are about to resume, drawing students from around the country into close contact. Reality is hitting, as autumn brings the cold and flu season, and the kind of weather that makes people cluster indoors.

The problems are hardly confined to England. Nicola Sturgeon has warned that Scotland is at a very dangerous point, with the number of new cases tripling in the last three weeks, and sharp increases have been seen across Europe. That is all the more reason for caution. The halting of the Oxford vaccine trial, due to a volunteer’s adverse reaction, should remind us that we cannot count on the quick arrival of a vaccine to solve this problem.

This is not a counsel of despair, but of realism. There will be no quick fix. The good news is that the hard work of scientists, medical staff, officials and others worldwide are giving us precious tools. Infections are rising more slowly than in spring, thanks to measures such as mask-wearing, hand-washing and social distancing. Dexamethasone will help some of the worst hit. Vaccines, if and when they arrive, will be critical.

We will also need to use the tools better. Mr Johnson’s pledges of 500,000 tests a day by the end of October, and ultimately millions a day, ring hollow in a week when people have been told to drive hundreds of miles to be tested. While the director of testing for NHS test and trace has blamed laboratory capacity, the health secretary has accused people of taking them unnecessarily – just as the government has wagged its finger at young people for careless socialising, having urged them all to get back to pubs and restaurants.

Some people have behaved irresponsibly, but many have done their best to follow the rules. To maintain public trust and encourage compliance, an honest assessment and explanation of what is going wrong, and how the government will fix it, is essential. So is a sensible account of national priorities. Prof Whitty warned weeks ago of the need for tough choices, suggesting that pubs may have to close for schools to reopen. When infections are rising so steeply, it is surely a misjudgment to keep urging people back to the workplace if they can do their job from home.

Clarity, candour and competence are needed. Instead, the government has demonstrated complacency – with predictable results. We are in this for the long haul. Mr Johnson must not squander more time promising short cuts.