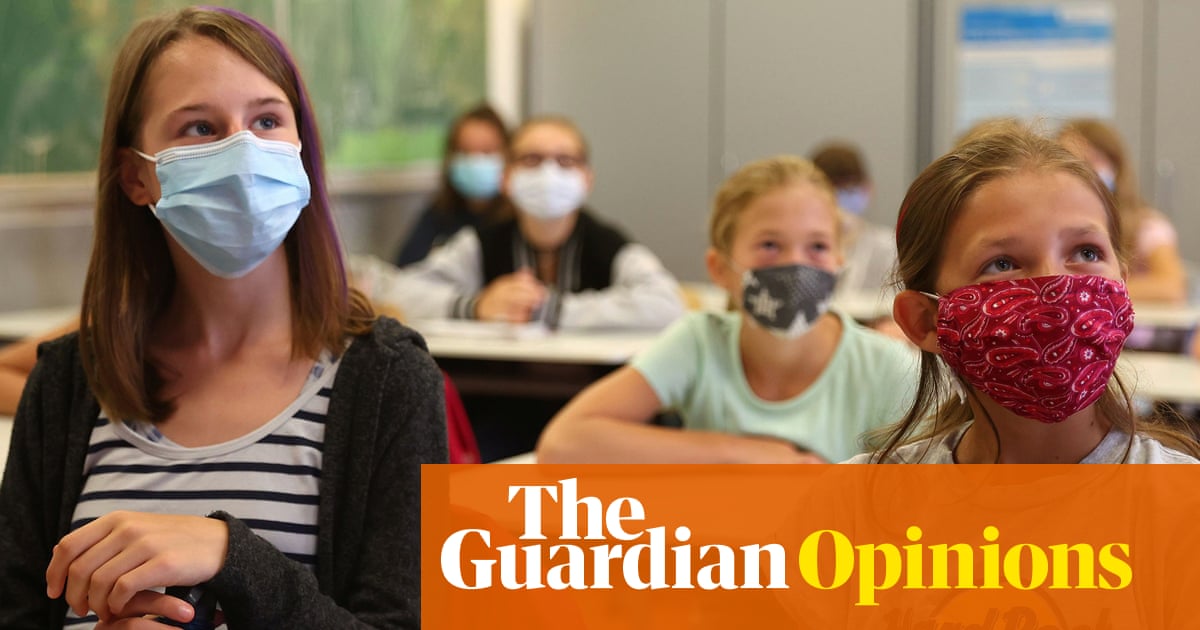 When the World Health Organization for the first time issued guidance last weekend that children aged 12 and over should wear masks to help tackle the coronavirus pandemic, one would have hoped ministers would sit up and listen. Instead they took to the airwaves to say they would stick to their plan for England’s schools to limit the spread of the disease by keeping children unmasked in “small bubbles”.

The Scottish government did take the WHO seriously, announcing that secondary school pupils would have to wear face coverings when moving through corridors. This is a sensible strategy. Even homemade face coverings can protect both the wearer and others. Crucially their use helps prevent asymptomatic people from passing on the virus. Even with social distancing and handwashing, the evidence suggests that a face mask can still be effective indoors.

Scotland’s policy seeks, as a start, to balance the safety benefits of face masks with the potential detrimental impact on teaching when visual cues are missing. Given that children are meant to wear masks in other enclosed spaces such as shops and trains, it is no surprise that they would also don a face covering in schools. Well, it would not be a surprise unless one was not paying attention to international best practice or trends in global science. For those nations like France that are perhaps engaged more deeply with the issues, the public was told a day before the WHO announcement that face coverings for pupils were to be made mandatory. But if you are part of a UK government that relishes being at odds with the rest of the world and sees political advantage in thumbing its nose at know-it-all foreigners, then you stick to your national delusions.

Hence cabinet ministers on Tuesday morning were still insisting that there was no need to change the advice to parents and pupils that wearing a face covering was “not recommended” in schools. However, with pressure building from devolved administrations, the prime minister has been forced to U-turn. Gone are the objections. Schools in England can now require face masks and it will be mandatory in areas where Covid is spreading fast. Mr Johnson puts his retreat down to the shifting advice he receives. Yet the only new information is that from the WHO. Building a political project on being leery towards international organisations in the midst of a global pandemic comes at a price. Who knew?

To change cultural norms on face coverings requires clear messaging about being socially responsible. It also takes time. At the beginning of July only about half of English people who left home reported wearing a face covering at least once a week. It took four weeks of ministerial exhortation and introducing fines after making masks mandatory in shops and on public transport for that figure to rise to 96%. Such a change cannot be effected overnight in schools. This is tricky stuff: a recent scientific paper on wearing masks argued reasonably that “the child’s will must not be forced”. What is needed is education and engagement of both pupils and parents. That is more likely to be delivered by the sombre acumen exhibited by the first ministers of the devolved parliaments than by the slapdash hype and prickly isolationism of the UK’s prime minister.