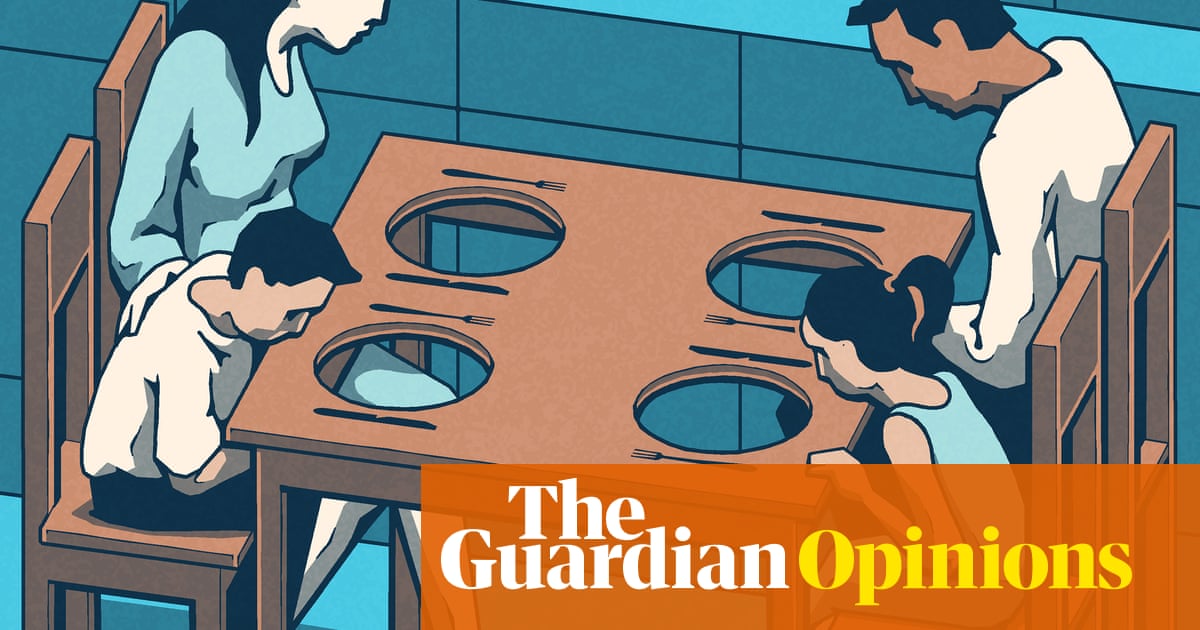 In over three months of reporting about the Covid-19 outbreak and the social crisis it has sparked, one subject has come up in my conversations far more than most: food. Or rather, an increasing number of people’s familiarity with the experience and prospect of hunger.

As the recession that will surely explode by the autumn takes shape, food-bank providers report surges in demand of, in some places, around 300%. When the footballer Marcus Rashford took on and beat the government over the provision of free school meals over the summer holidays, he was shining a light on the same soaring want. At the heart of this is something a lot of people understood well before the outbreak: that, from our immigration rules to the punitive benefits system, people have been deprived of the most basic security by deliberate policy – something highlighted when the people in charge of food projects describe what they and those they help are now facing.

Of late, I think I have spoken to a different project every week, and the same themes have been echoed by everyone involved. A seemingly endless array of people have recently lost work, in both the formal and informal economies – and, if they are entitled to benefits, have suddenly discovered that the money they eventually receive in universal credit fails to cover even the merest essentials (something the recent £20-a-week increase hardly solves). For many who still nominally have jobs, the daily lottery of zero-hours contracts often increases their precarity, something worsened in many cases by coronavirus-related problems with childcare and public transport, and what they mean for how often people can work.

Now, with the government encouraging the misapprehension that the country is somehow returning to normal, it is clear what is coming next. Despite Boris Johnson’s promise in the Mail on Sunday of a “building blitz” and “opportunity guarantee”, when chancellor Rishi Sunak’s furlough schemes end and such temporary protections as the moratorium on evictions fade away, we will be hit by a social crisis that will be almost unprecedented, as people at the social grassroots well know.

In early April I spoke to Robin Burgess, who co-runs the Northampton Hope Centre, which provides hundreds of people a week with emergency food help. At that point, he was faced with declining public donations and skyrocketing need, and was unsure whether supplies would last much beyond a fortnight. Last week, he told me that the threefold increase in referrals that had materialised back then was unchanged – and though help from the public had been quickly revived, he was very concerned about what will happen as summer gives way to the hard realities of autumn. “This is a lull before the next storm,” he said.

Thanks to a new government scheme called the Food Charities Grant, Burgess’ food bank will soon have received a total of £46,000, under terms that restrict its use to food, leaving storage, staffing and transport costs untouched (“It’s really a blank cheque for food retailers and wholesalers,” he said.) According to the scheme’s terms, food bought with this money must have been fully distributed to people in need by 9 August 9, and there is so far no word on what will happen after that. “I think there will be a major crisis in food banks,” he told me. “We have to have money beyond that point, because there’ll be another surge in need.”

Particularly in cities, another huge issue is now inescapable. As the pandemic has ground on, attention has belatedly been paid to the million or so people in Britain who have what officialspeak terms “no recourse to public funds”, or NRPF: that means no access to benefits, notwithstanding the right to live here at least temporarily. It is a condition established in law in 1996, hugely extended by Theresa May when she was in charge of the Home Office – and recently deemed unlawful in the high court, though the policy remains in place.

The UK arts sector was thriving before coronavirus. It’s folly not to save it | Polly Toynbee

In the London borough of Newham, a food bank run by the Bonny Downs Community Association once used to help 15 or 20 households a week, a figure that has now risen to around 140, entailing a £1,000-a-week bill that organisers say is simply unsustainable. Angie Allgood, a social worker who was one of the association’s founders, reckons that 80% of these people fall into the NRPF category. “Before the outbreak, I didn’t really know that part of our community,” she told me last week. Until late March, most of them worked long hours, often in hidden parts of the labour market. “When Covid-19 hit and they lost their jobs,” she said, “everything fell apart.”

I also spoke to Maruf and Tasnova, a couple who volunteer at the food bank. They are unable to get work, barred from benefits, and living with their six-year-old son and three-month-old daughter in a single room. Food is at the heart of their family’s plight – not just because they have so little of it, but also in the way their anxiety is playing out in the daily rituals of mealtimes. Their son has been so unsettled – by lockdown, the suspension of school and his family’s awful circumstances – that he often refuses to eat.

This is what structural racism looks like up close: cruelties deliberately targeted at the same people of colour that have been disproportionately affected by the virus, visible as a matter of everyday experience, and definitely in the minds of many of the people in our cities who have rallied to Black Lives Matter protests. What is strange, perhaps, is that issues as stark as these have been almost drowned out by noise about the latest events at Oxford University, rancorous TV debates about statues, or the way that corporations which had barely mentioned the condition of society before are now suddenly affecting to be conscientiousness incarnate. Such, it seems, is the tenor of this strange summer. At certain moments, fundamental matters of inequality seem to be simultaneously everywhere and nowhere.

The prime minister, meanwhile, continues to behave as if he is in a Gilbert and Sullivan operetta, addressing a country that is enduring only a minor mishap, and ordering the pubs to open while warning of “writhing scenes in the beer gardens”. Ministers tell us it’s now our solemn duty to – as a Daily Express headline recently put it – “spend for our country”. What seems to escape is not just the awful gravity of Britain’s coronavirus story, but the fact that increasing numbers of us have very little to spend on anything, including life’s absolute basics.

There are ways out of these injustices that are not nearly as inconceivable as some people would have you believe: a minimum income guarantee or universal basic income, an end to the immigration rules that mean so many people live in a state of constant panic, and the long-overdue abandonment of the thinking whereby people are threatened with destitution as a matter of policy.

Slowly and uncertainly, these things seem to be rising to the political surface. But everything has to start with a basic acknowledgement: that there is no stronger challenge to the cruelties of the status quo than the reproach of hunger.