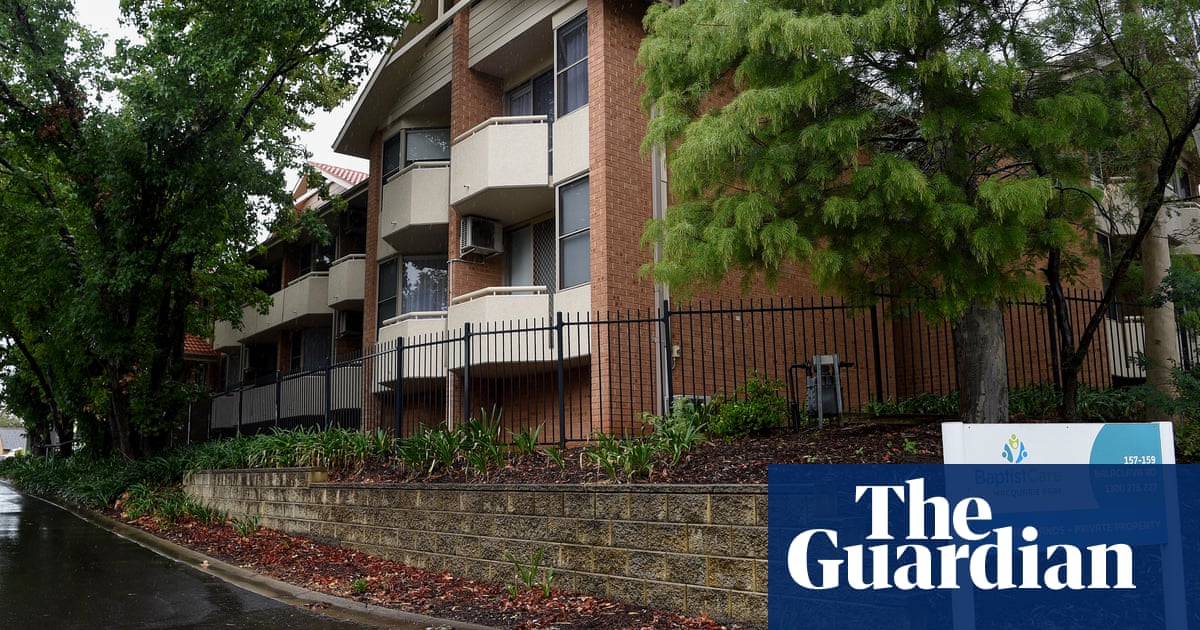 The furious debate that has broken out in the past week about whether or not the federal government had a plan for Covid-19 outbreaks in aged care is missing the point.

Scott Morrison is right to say the government has published several plans that touch on issues to do with aged care. But the problem is that there appeared to be significant gaps in those documents, they were slow to be updated to reflect the developing situation, and they still contain contradictory advice about issues such as workforce shortages.

Australia on Monday suffered its most deadly day of the pandemic as Victoria reported 25 deaths with 23 of them linked to aged care. Outbreaks within aged care continue to be a serious challenge in Victoria with about 2,000 active Covid-19 cases related to the sector. The national cabinet is due to meet on Friday to consider the results of an urgent audit of aged care preparedness across the country.

Against this backdrop, it is important to ask whether enough was done to prepare. The debate escalated last week when the counsel assisting the royal commission into aged care made the startling claim that the federal government had not developed a Covid-19 plan specifically for the sector. The government says that isn’t true. But as Peter Rozen QC noted during the hearings, the real issue is not the title of documents, but their substance. In other words: were there adequate plans that were reviewed frequently.

The document that Prof Brendan Murphy, now secretary of the federal health department, cited as the “overarching Australian government coronavirus health response plan” – released in February – stated the federal government would be responsible for residential aged care facilities, but didn’t go into any great detail, and said the states had to manage the public health response.

There were 22 mentions of the phrase “aged care” in the Australian Health Sector Emergency Response Plan for Novel Coronavirus (Covid-19) but many were when residents were listed as being more likely to experience severe illness if infected.

More specific information about responding to aged care outbreaks was later outlined in a document produced by the Communicable Diseases Network Australia (CDNA), the first version of which was published in the middle of March. CDNA is a sub-committee of the health panel chaired by Australia’s chief medical officer.

These guidelines were aimed mainly at the actual providers of residential aged care, and the first (13 March) and second versions (30 April) didn’t even detail the responsibilities of the federal health department. The third and most recent version (14 July) delivered an “update of roles and responsibilities of government agencies”.

The latest version emphasises the main responsibility for managing Covid-19 outbreaks lies with the residential care facility itself – because providers are supposed to manage care and infection control – and says providers will be “supported in their response to an outbreak by different government departments/agencies”.

It says the federal government will assist aged care facilities that receive funding from the commonwealth (that’s the vast majority). This will include allocating a state-based 24/7 case manager who will connect the residential aged care facility “to all available commonwealth support”. If needed, the commonwealth will also provide a first nurse responder to assess infection prevention and control and help with surge workforce support.

The latter issue has proven difficult. Substantial numbers of staff have been sidelined because of the risk of infection spreading and concerns about staff working across multiple facilities. There have been distressing reports of how standards have slipped.

The national guidelines in March, April and July all urged aged care providers to plan for a surge workforce in the event large numbers of staff couldn’t attend due to sickness. In all three cases, providers were told, the workforce management plan “should be able to cover a 20-30% staff absentee rate”.

However, providers could be forgiven for a degree of confusion, given that a separate document issued by the federal health department on 29 June urges providers to “keep in mind up to 80-100% of the workforce may need to isolate in a major outbreak”. That document says if the aged care provider is unable to sufficiently staff the facility “the commonwealth case manager can assist”.

Morrison defended the worsening situation in Victoria on 29 July by stating that “the complete withdrawal of the workforce” was “a new situation … that had not been anticipated or foreshadowed at a state level or considered at a federal level”. That was just a few days after the federal government established a joint response centre, bringing together commonwealth and state government agencies at the State Control Centre in Melbourne, in a bid to coordinate the management of outbreaks in residential care.

But evidence presented to the royal commission last week revealed the federal government was in possession of a report as far back as April that pointed to the almost complete withdrawal of care and nursing staff at the Dorothy Henderson Lodge – an 80-bed nursing home in Macquarie Park in Sydney.

“As more cases were diagnosed, it was assumed that all personal carers and RNs [registered nurses] had been close contacts, so they were furloughed for two weeks’ self-quarantine,” the report said. “The sudden departure of almost [all] regular carers and RNs was a major blow to both residents and management.”

While agency nurses were provided by Health Care Australia, it was difficult to secure adequate numbers, and many worked at other facilities, too. The fact that some staff had to be brought in from interstate or elsewhere in NSW added to the transport and accommodation costs. “The total staff costs have been enormous and presumably could not be sustained by a smaller, less well-resourced organisation,” the report said.

All of this suggested that the staffing issue in the case of aged care outbreaks was one that needed serious and urgent attention. Labor contends the government dropped the ball. “The prime minister and his government were alerted to the fact that aged care facilities could lose 70-80% of their staff back in April,” Labor’s spokesperson for ageing and seniors, Julie Collins, said on Monday.

The royal commission also heard the national guidelines failed to properly explain when a positive resident should be transferred to hospital. The early versions told providers to transfer residents to hospital “only if their condition warrants”.

The peak body for non-profit aged care providers, Aged and Community Services Australia (ACSA), remains seriously concerned about this issue. It says there’s still a reluctance to transfer people to hospital in some states, even though moving the first one or two confirmed cases could buy providers crucial time to slow the spread of Covid-19.

What we love about Melbourne: ‘Our streets are filled with tiny, profound acts of care’