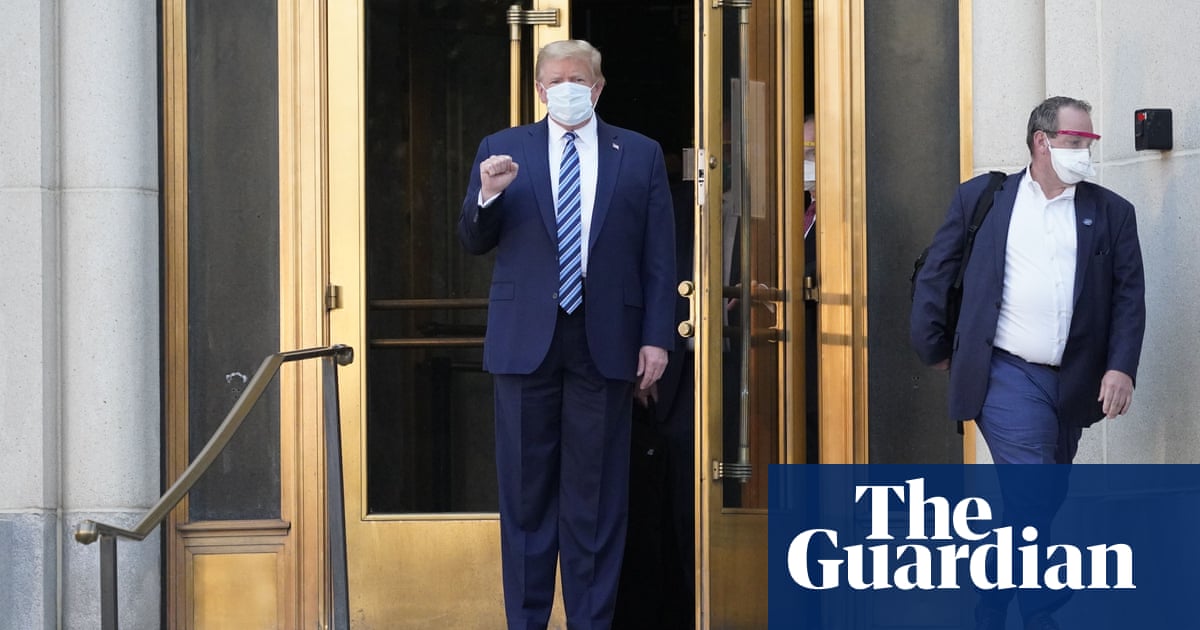 Donald Trump has left Walter Reed National Military Medical Center after spending several days receiving treatment for Covid-19. Trump’s doctors said the US president was ‘not yet out of the woods’ but had met all standard hospital criteria to be discharged. Trump’s physician, Dr Sean Conley, said: ‘We remain cautiously optimistic and on guard because we’re in a bit of uncharted territory when it comes to a patient that received the therapies he has so early in the course.’ When asked by reporters Conley said he was ‘not at liberty to discuss’ Trump’s latest lung scans due to health privacy regulations.