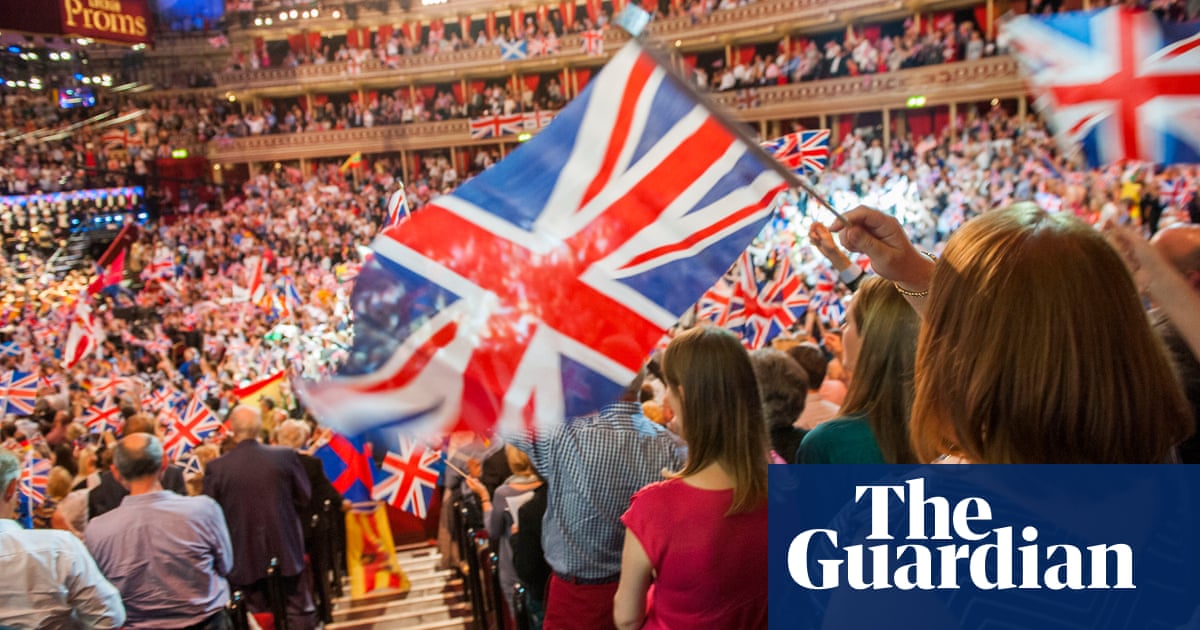 It started as a speculative story in a Sunday newspaper and ended up as another skirmish in a culture war – which filled front pages, prompted calls to defund the BBC, and saw the prime minister wade in on the best way to deal with Britain’s colonial history.

Yet despite 48-hours of fuss and fury, viewers watching this year’s Last Night of the Proms will still hear both Rule, Britannia! and Land of Hope and Glory, played by the BBC Symphony Orchestra.

The only difference is that – for this year only and prompted by the absence of a 5,000-capacity audience to belt out the lyrics – viewers will hear both works performed as instrumental pieces for the first time since 1905.

But what seemed increasingly apparent last night is that the strong response on all sides of debate was less about musical choices – and more about identity and attitudes to the media in modern Britain.

And Boris Johnson’s decision to intervene on the issue on Tuesday, has left BBC insiders fearing the broadcaster is being dragged into a divisive culture war designed to undermine it.

Susanna Eastburn, the chief executive of Sound and Music, the national development organisation for new music, said the debate around the lineup was no longer about which works are performed.

“No one cares what the music’s like. No one is talking about what it sounds like or the fact we can replace the songs with other music that would be joyful and celebratory”.

She pointed out that the BBC had been praised when it changed the Last Night playlist after the terrorist attacks of September 2001, when Samuel Barber’s Adagio replaced the more patriotic songs.

The row was prompted by a report in the Sunday Times that Rule, Britannia! and Land of Hope And Glory could be dropped completely from the lineup of the annual classical music event, in the wake of the Black Lives Matter protests because of concerns about their strong association with imperialism and the lyric “Britons never shall be slaves”.

If the story was designed to provoke a backlash, it succeeded.

On Monday, both the culture secretary Oliver Dowden and Downing Street made clear they were opposed to any changes of the usual format.

Confident forward-looking nations don’t erase their history, they add to it

Facing a barrage of questions about the truth of the claims, the BBC then took the rare step of confirming the planned running order for Last Night of the Proms on Monday, showing that both works would be included in the lineup, albeit in instrumental form.

Other patriotic songs, such as Jerusalem and the national anthem, will still be sung in full.

The BBC insisted that changes to the music were driven by artistic decisions due to physical distancing restrictions limiting the number of musicians who could be present at the Royal Albert Hall.

However, the confirmation that the songs would be performed in a different form was not enough to satisfy many of BBC’s critics.

Rightwing newspapers seized on the story, which made the front pages of the Daily Telegraph, Daily Express, Daily Mail, and Sun – with the latter running the story under the headline “Land of woke and glory”. They saw the lack of singing as a surrender – not a practical decision that reflected the difficulties of putting on a prom during a pandemic.

Cue the intervention of the prime minister: “I think it’s time we stopped our cringing embarrassment about our history, about our traditions, and about our culture, and we stopped this general fight of self-recrimination and wetness,” he said.

“I wanted to get that off my chest.”

Someone else who needed to unburden was the veteran broadcaster Jonathan Dimbleby, who accused Johnson of stirring a “Trumplike culture war”.

“Surely the #PrimeMinister has more important things to do than lambast the #BBC for a cheap headline,” he tweeted.

Caught in the middle of all this was guest conductor of this year’s Proms, Dalia Stasevska, who received tens of thousands of abusive messages on Twitter.

With sniping still continuing, there may yet be more to come on the story that may not have been quite what it seemed in the first place.

Which says something about the the Last Night of the Proms’ pageantry, and the symbolic place it has in the cultural calendar.

It attracts healthy, though not spectacular, viewing figures. Ratings provided by overnights.tv show that last year’s finale was watched by 3.5 million viewers on BBC One, with three-fifths of those watching aged 65 and over.

The outgoing BBC director general, Tony Hall, said he expected the lyrics to Rule, Britannia! would once again be sung next year.

“It’s very, very hard in an Albert Hall that takes over 5,000 people to have the atmosphere of the Last Night of the Proms and to have things where the whole audience normally sing along. It’s quite hard creatively, artistically to make that work.”

Yet another BBC statement followed on Tuesday: “For the avoidance of any doubt, these songs will be sung next year. We obviously share the disappointment of everyone that the Proms will have to be different but believe this is the best solution in the circumstances.”