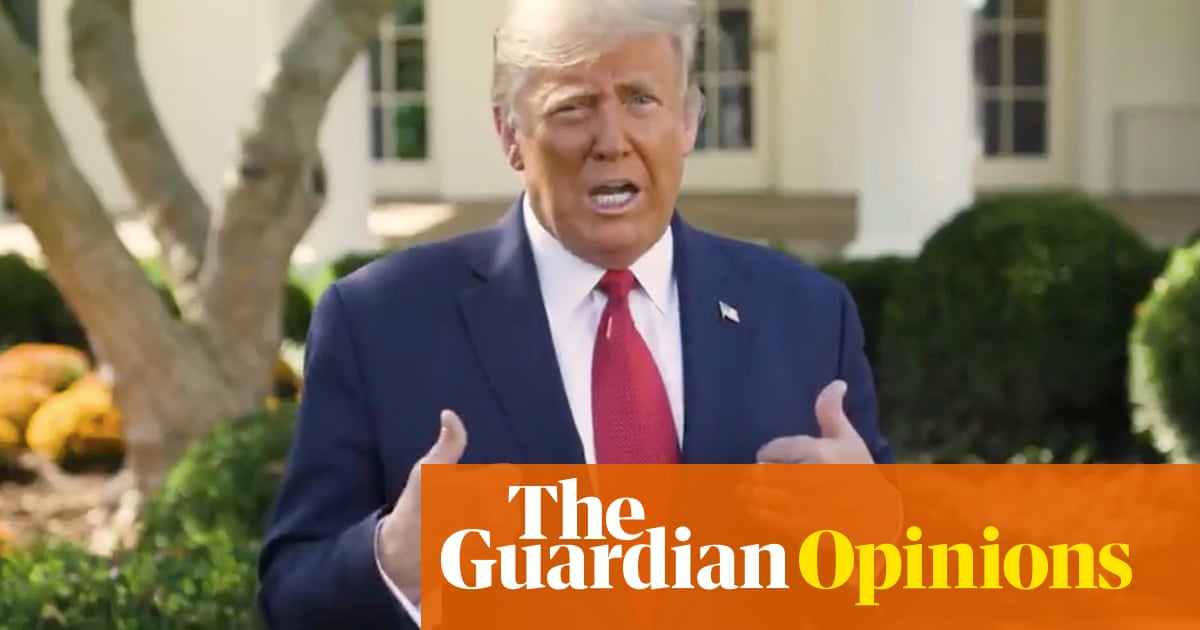 “I could stand in the middle of Fifth Avenue and shoot somebody and I wouldn’t lose voters,” Donald Trump boasted in 2016. He thought his almost unlimited bravado, bombast and dominance of any situation allowed him to get away with figurative murder.

Since then, the president’s Fifth Avenue principle has been repeatedly tested – most notably by the Access Hollywood tape, Robert Mueller’s findings that Trump obstructed justice and his campaign aides cooperated with Russia, overt racism, quid pro quo to the president of Ukraine, and impeachment – yet some 40% of American voters have stuck by him notwithstanding.

That’s all he’s needed. And for reasons I’ll explain in a moment, he’s counting on them to preserve his presidency after 3 November.

They’ve stuck by him even as more than 210,000 Americans have died from Covid-19, one of the world’s highest death rates – due in part to Trump initially downplaying its dangers, then refusing responsibility for it, promoting quack remedies for it, muzzling government experts on it, pushing states to reopen despite it, and discouraging people from wearing masks.

Trump is in effect standing in the middle of Fifth Avenue, killing off tens of thousands of Americans

They’ve stuck by him even after he turned the White House into a hotspot for the virus, even after he caught it himself, and even after asserting just days ago that it’s less lethal than the flu. A recent nonpartisan study concluded that Trump’s blatant disinformation has been the largest driver of Covid misinformation in the world.

They’ve stuck by him even as more than 11 million Americans have lost their jobs, 40 million risk eviction from their homes, 14 million have lost health insurance, and one out of seven small businesses has permanently shuttered. Yet Trump cut off talks on economic relief (he’s now backtracking a bit), and is pushing the supreme court to repeal the Affordable Care Act, which would cause 20 million more to lose health insurance.

Trump is in effect standing in the middle of Fifth Avenue, killing off tens of thousands of Americans. Yet here we are, just a few weeks before the election, and his supporters haven’t budged. The latest polls show him with 40% to 43% of voters, while Joe Biden has a bare majority.

But the most egregious test of Trump’s Fifth Avenue principle is still to come. He is counting on his supporters to keep him in power even after he loses the popular vote.

He’s ready to claim that mail-in ballots, made necessary by the pandemic, are rife with “fraud like you’ve never seen”, as he alleged during his debate with Biden – although it’s been shown that Americans are more likely to be struck by lightning than commit voter fraud.

With such allegations he’ll probably dispute election results in any Republican-led state which he loses by a small margin, such as Arizona, Florida, Michigan, North Carolina, Pennsylvania or Wisconsin.

Then he’ll rely on the House of Representatives to put him over the top.

“We are going to be counting ballots for the next two years,” Trump warned at a recent Pennsylvania rally, noting: “We have the advantage if we go back to Congress. I think it’s 26 to 22 or something because it’s counted one vote per state”.

He was referring to the 12th amendment to the constitution, which provides that if state electors deadlock or can’t agree on a president, the decision goes to the House, where each of the nation’s 50 states get one vote.

Because small Republican-dominated states like Alaska (with one House member, a Republican) would have the same clout as large Democratic states like California (with 52 House members, 45 of whom are Democrats), Trump does have the advantage right now: 26 state delegations in the House are controlled by Republicans and 22 by Democrats. Two – Pennsylvania and Michigan – are essentially tied.

But he won’t necessarily retain that advantage. The decision would be made by lawmakers elected in November, who will be sworn in on 3 January – three days before they will convene to decide the winner of the election.

Which is why the House speaker, Nancy Pelosi, is focusing on races that could tip the balance of state delegations – not just in Pennsylvania and Michigan but any others within reach.

“It’s sad we have to have to plan this way,” she said last week, “but it’s what we must do to ensure the election is not stolen.”

Trump’s Fifth Avenue principle has kept him in power for almost four years of death and mayhem that would have doomed the presidencies of anyone else. But as a former New Yorker he should know that Fifth Avenue ends at the Harlem River, at 142nd Street. The end is near.