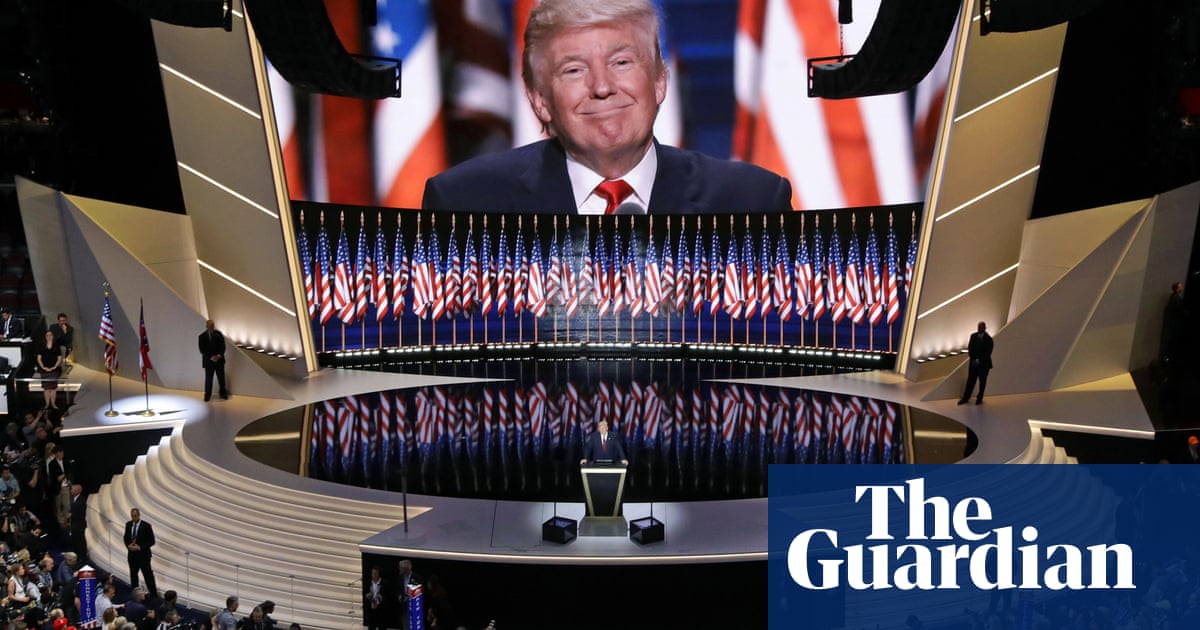 Donald Trump is set to travel to Charlotte on Monday, to attend in person as delegates to the Republican National Convention renominate him for US president.

The North Carolina city was chosen two years ago as the site where Republicans would officially launch Trump’s bid for re-election, only for the coronavirus pandemic to throw such plans into disarray. An attempt to shift a standard convention format to Jacksonville, Florida, was ditched as the virus surged.

Trump will nonetheless reportedly make an appearance in Charlotte on Monday, with Republicans determined to mount elements of an in-person convention.

This week’s Democratic National Convention, originally planned for Milwaukee, in Wisconsin, was comprised of remotely filmed segments, without the familiar audience of cheering delegates. Most observers deemed it a success.

Details for the Republican convention remain vague, although Trump is set to flout convention by delivering his acceptance speech from the White House, traditionally a place free of party politics, on Thursday.

Events in the capitol will be centered on the Andrew W Mellon Auditorium, which will have a reduced capacity due to social distancing concerns. The venue is close to Trump’s Washington hotel, which is expected to act as a social hub, netting income for the family business. A fireworks display on the National Mall is also planned.

Trump will appear on each night of the four-night convention, according to Lara Trump, his daughter-in-law and adviser.

“We want people at the end of our four days to be reminded that America continues to be the greatest, most exceptional nation in the world,” she told NBC on Saturday. “I think you are going to be surprised by some of the things we do.”

Trump also accused the Democratic convention of being “dark, dismal and really depressing”, words which echoed Democrats’ criticism of the president. The Democratic event featured sharp attacks on Trump’s handling of the pandemic, which has caused more than 175,000 deaths in the US, before nominee Joe Biden pledged to be the “ally of the light, not the darkness”.

On Saturday, Trump tweeted a falsehood that Democrats had removed the word “God” from recitals of the pledge of allegiance, which they did not. He also again appealed to “suburban women”, accusing Democratic-run cities of being “rampant with crime”, which many critics allege is a racist dogwhistle.

ABC News released clips from a joint interview with Biden and Kamala Harris, newly minted Democratic nominees for president and vice-president, which will air on Sunday night.

“I would shut it down,” Biden said, asked if he would close the country again to deal with the pandemic, as Trump has not done. “I would listen to the scientists.

“I will be prepared to do whatever it takes to save lives because we cannot get the country moving until we control the virus. That is the fundamental flaw of this administration’s thinking to begin with. In order to keep the country running and moving and the economy growing, and people employed, you have to fix the virus, you have to deal with the virus.”

In an earlier, solo interview with ABC, Biden was asked about another subject central to the quickening campaign, as protests over police brutality continue: “President Trump says that you want to defund the police. Do you?”

“By the way,” Biden added, “[Trump] proposes cutting a half a billion dollars of local police support.” ABC said that was probably a reference to proposed cuts to a federal programme that helps hire local law enforcement officers.

In the joint interview, interviewer David Muir brought up Trump’s attacks on Harris.

“President Trump has referred to you as ‘nasty’, ‘a sort of madwoman’, ‘a disaster’, ‘the meanest, most horrible, most disrespectful of anybody in the US Senate’. How do you define what you hear from the president?”

“And no president has said people coming out of fields with torches and spewing antisemitic bile and met by people who oppose them, and someone dies, and he says they’re good people on both sides. No president of the United States has ever said anything like that ever.”

That was a reference to far-right protests in Charlottesville, Virginia in August 2017, in which Heather Heyer, a counter-protester, was killed. Biden said those events, and Trump’s response to them, helped inspire his third run for the White House.