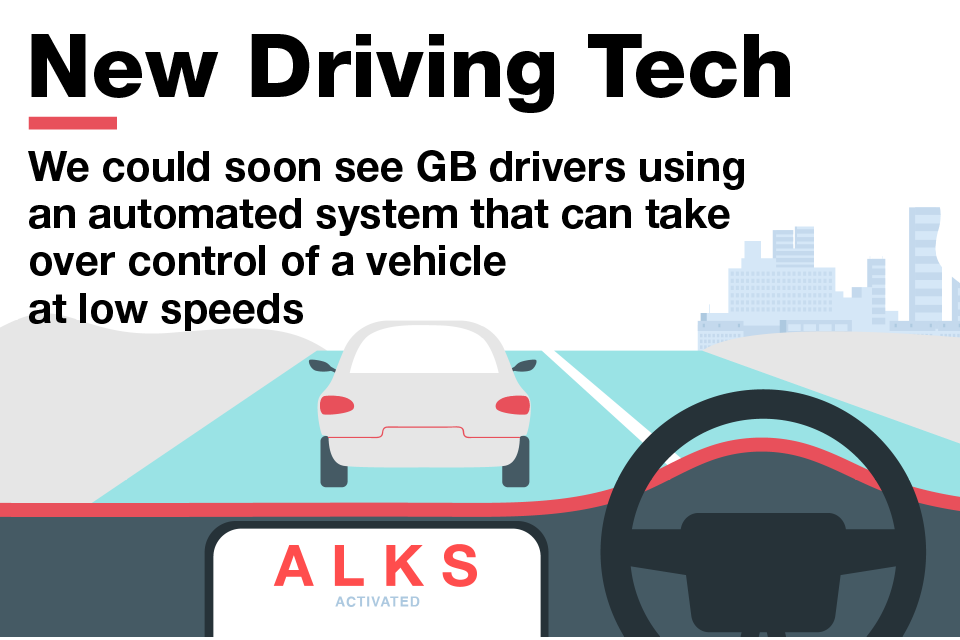 The UK is taking steps forward in automated technology in vehicles with the launch of a call for evidence today (18 August 2020) to help shape how innovative new systems could be used in future on GB roads.

The call for evidence will look at the Automated Lane Keeping System (ALKS) – an automated system that can take over control of the vehicle at low speeds, keeping it in lane on motorways.

This technology is designed to enable drivers – for the first time ever – to delegate the task of driving to the vehicle. When activated, the system keeps the vehicle within its lane, controlling its movements for extended periods of time without the driver needing to do anything. The driver must be ready and able to resume driving control when prompted by the vehicle.

The government is seeking views from industry on the role of the driver and proposed rules on the use of this system to pave the way towards introducing it safely in Great Britain, within the current legal framework. The call for evidence will ask whether vehicles using this technology should be legally defined as an automated vehicle, which would mean the technology provider would be responsible for the safety of the vehicle when the system is engaged, rather than the driver.

The call for evidence also seeks views on government proposals to allow the safe use of this system on British roads at speeds of up to 70mph.

Automated technology could make driving safer, smoother and easier for motorists and the UK should be the first country to see these benefits, attracting manufacturers to develop and test new technologies.

The UK’s work in this area is world leading and the results from this call for evidence could be a significant step forward for this exciting technology.

Following the approval of ALKS Regulation in June 2020 by the United Nations Economic Commission for Europe (UNECE) – of which the UK is a member – the technology is likely to be available in cars entering the UK market from Spring 2021.

The government is acting now to ensure that regulation is ready where necessary for its introduction.

Over the last 50 years, leading edge in-car technology from seat belts to airbags and ABS has helped to save thousands of lives.

The government is right to be consulting on the latest collision-avoidance system which has the potential to make our roads even safer in the future.

Automated technologies for vehicles, of which automated lane keeping is the latest, will be life-changing, making our journeys safer and smoother than ever before and helping prevent some 47,000 serious accidents and save 3,900 lives over the next decade.

This advanced technology is ready for roll out in new models from as early as 2021, so today’s announcement is a welcome step in preparing the UK for its use, so we can be among the first to grasp the benefits of this road safety revolution.

As automated technology in vehicles continues to improve, it must be used safely by drivers in the UK. By issuing a call for evidence we are giving those with information or concerns about ALKS technology an opportunity to help shape future policy.

In late 2020, we plan to launch a public consultation on the detail of any changes to legislation and The Highway Code that are proposed, which will include a summary of responses to this call for evidence.