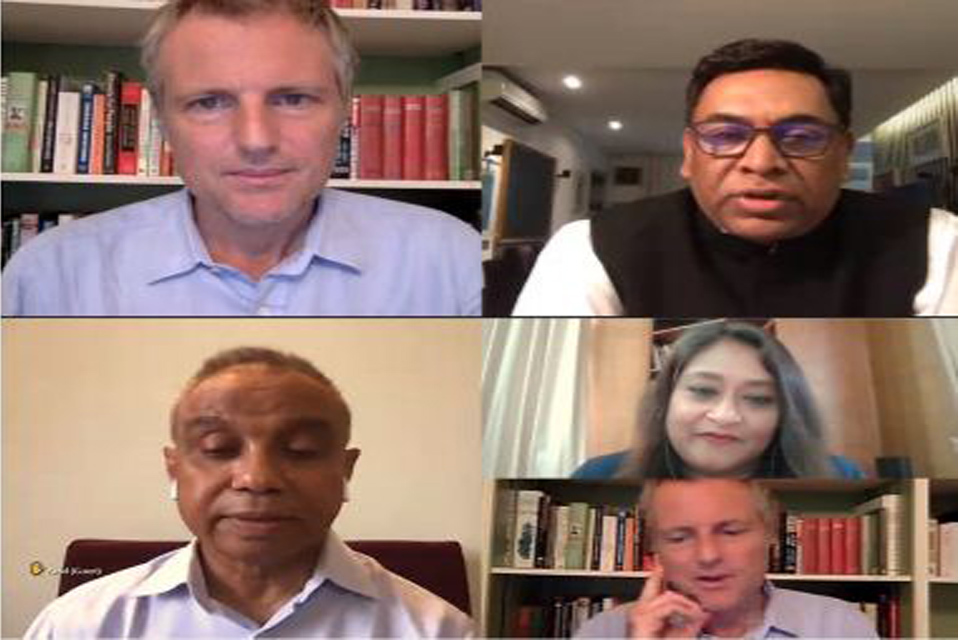 UK Minister of State Lord Zac Goldsmith saw the impact of climate change in Bangladesh, on agriculture, health and livelihoods, as increased flooding in both rural and urban areas is displacing people from their homes. The Minister discussed ways in which nature-based solutions – working with, rather than against, nature – can help overcome these challenges.

Bangladesh, located on the delta of three major rivers and with a dense population, is one of the world’s most vulnerable countries to the impacts of climate change. More than 70 percent of the population is exposed to cyclones, and the resulting economic impact is significant.

The UK has supported Bangladesh in its efforts to adapt to and build resilience against climate shocks, including by giving 27 million people in the country access to early warning systems for floods and cyclones and protecting 40,000 hectares of cultivable land against monsoon flooding.

“Developing countries like Bangladesh are the hardest hit by climate change. The work taking place here to help adapt to its impacts and build resilience is an example for the world to follow. The UK is proud to support it.

“As COP26 Presidents, we are encouraging countries to come forward with ambitious visions to put nature-based solutions at the heart of plans to tackle climate change.”

During his virtual visit, Lord Goldsmith met with Mr Nasrul Hamid, State Minister for the Ministry of Power, Energy and Mineral Resources and discussed Bangladesh’s increasing demand for reliable energy, and the potential to replace coal with renewable energy generation.

He also met with Professor Saleemul Huq, Director, International Centre for Climate Change and Development, which is working with Oxford University to encourage the integration of nature-based solutions in Bangladesh.

“The climate emergency is a vital issue for the world. As COP26 and Climate Vulnerable Forum Chairs, the UK and Bangladesh have key roles to play together in leading global efforts to tackle it.

“I am very pleased that Lord Goldsmith has met key Bangladeshi partners in Government, the research community and civil society. They had useful discussions to learn about how we can work together both locally and internationally as a joint force for good in tackling climate change, and helping the world build back greener from the COVID pandemic.”