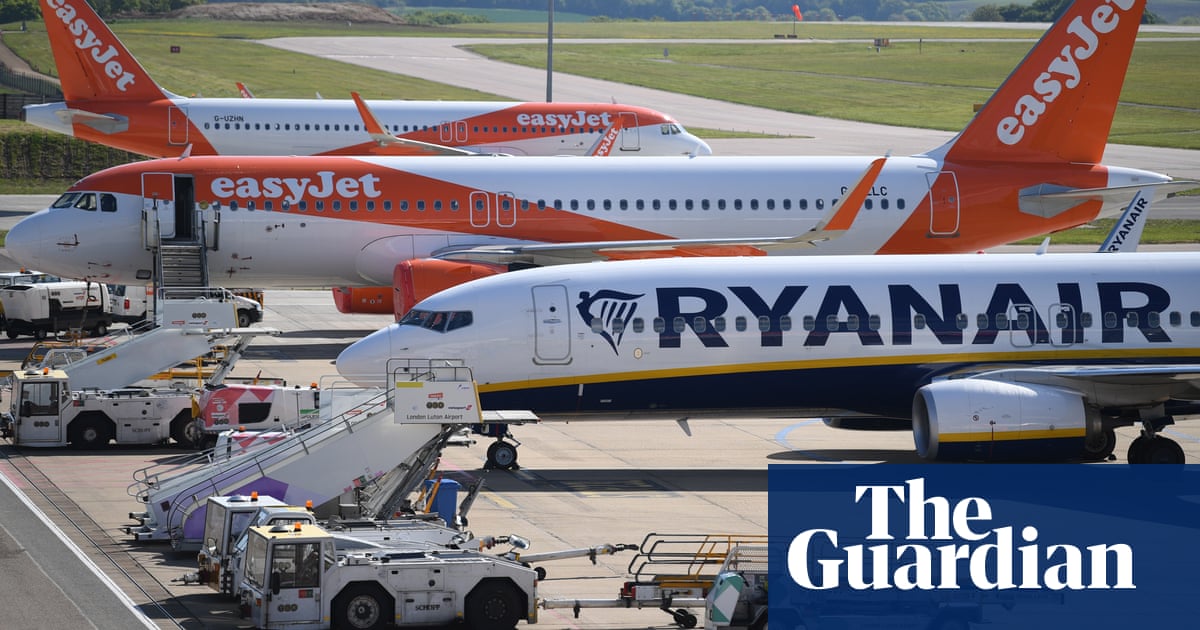 Police forces across the country are dealing with thousands of potential violations of quarantine rules involving holidaymakers who may not be self-isolating after trips abroad, the Guardian can reveal.

The requests for “further action” have been raised by Border Force officials and public health authorities, who have been tasked with ensuring that people returning from abroad are abiding by regulations designed to stop the spread of the coronavirus.

The details emerged as leading scientists warned that the UK is fast approaching a pivotal moment. With another surge in the number of positive cases recorded on Friday, they urged people to keep following the rules or risk the return of widespread lockdown across the UK.

“We are at a point where there’s a risk that wider transmission of Covid could increase again,” said Catherine Noakes, a professor of environmental engineering at the University of Leeds and a member of the government’s Scientific Advisory Group for Emergencies (Sage).

“Transmission depends on the amount of contact between people, and with schools and universities returning and many more people going back to work, the level of interactions in communities is likely to increase.”

The warning came as the government’s daily figures showed 1,940 new cases – the highest since May, and continued political in-fighting between England, Scotland and Wales over their different approaches. New developments included:

A self-isolation period of 14 days is a requirement for anyone arriving back to the UK after international travel, with the exception of certain countries. But countries on the exemption list vary across the UK, leading to further confusion over exactly what restrictions people are expected to adhere to.

Those who are required to self-isolate in England may be contacted by PHE to check they are following the regulations.

But if there is no response after a number of attempts, the details of the individual are referred to the police by Border Force, who then send an officer to the person’s home address.

The Metropolitan police said it had received more than 1,000 referrals since the beginning of August from the UK Border Force for quarantine checks to be carried out.

So far, officers had visited 840 individuals who had returned from overseas territories requiring quarantine, and plan to contact another 301 holidaymakers who had recently returned to the UK.

Greater Manchester police said its officers had received 263 quarantine requests from the UKBF regarding individuals who were not responding to self-isolation requirements. Officers said they had also issued two fixed-penalty notices in relation to people repeatedly breaching the self-isolation regulations.

Avon and Somerset police and West Midlands police, England’s second largest force, are also understood to have had numerous cases referred to them for investigation.

“We are at a point where it is really important for people to keep following the rules,” Noakes said. “It’s crucial that we don’t allow cases to rise so we can avoid more widespread restrictions again. This means that people should keep maintaining social distance, washing hands, wearing a face covering in indoor public spaces and making sure that shared spaces in buildings are well ventilated.”

Another member of Sage, who asked not to be named, told the Guardian it was unclear why the UK was not experiencing a rise in cases similar to that seen in France and Spain, but said such rises would likely arrive “in due course”.

“The number of contacts in the population is a zero-sum game when it comes to keeping new infections under control and keeping R at or below one. If we add in a lot of new opportunities for contacts as we are doing at present, with the return of schools and students in both higher education and further education, it is really inevitable that there will be an increase.

“The question is whether that can be contained as controlled outbreaks or whether the infections become community wide again.

“I would say that it is pivotal. We either go in to the winter in a position where we feel confident that we have this problem on a string, or where it is still a wild beast which we can’t control. I suspect it’s the latter.”

A spokesperson for Greater Manchester police said officers were visiting holidaymakers who failed to answer three phone calls from public health and Border Force officials, which suggested that they were breaching the quarantine rules they were subject to.

Supt Andrew Sidebotham said it was important for people to self-isolate for the full 14 days when coming back to the UK from abroad, as it can take this length of time for coronavirus symptoms to develop.

He said: “During this time you could unknowingly pass the virus on to others, even if you don’t have symptoms.”