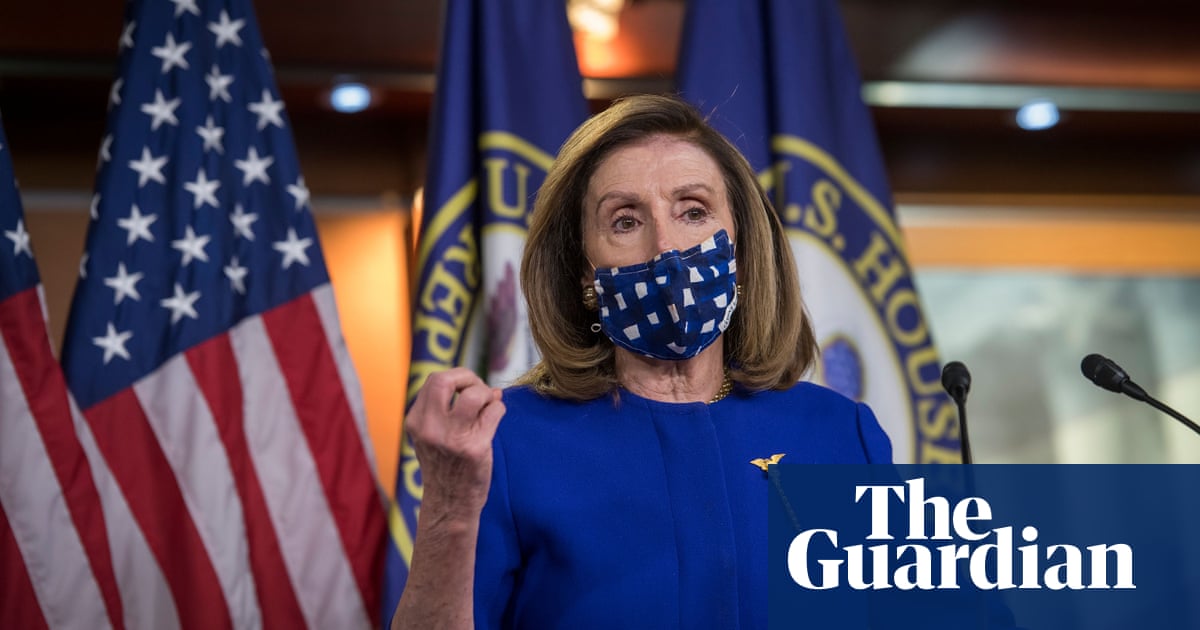 The speaker of the House of Representatives, Nancy Pelosi, has taken aim at the British vaccine testing safety regime, warning that UK approval of a vaccine would not automatically mean it was safe according to the US’s own procedures.

Amid a race to produce an effective vaccine against Covid-19 that meets broad international acceptance for safety, Pelosi’s comments appear partly motivated by concern that any quick and unilateral British approval of a vaccine might be embraced by Donald Trump for political gain, perhaps even before the 3 November election.

At present, one of the leading global candidates is the AstraZeneca/Oxford University-developed vaccine now undergoing phase III trials, which were briefly halted to examine whether an illness in a participant was related to the vaccine.

The trial remains paused in the US despite restarting in other places it was being conducted.

“We have very stringent rules about the Food and Drug Administration here about clinical trials, timing, number of people etc, so that when a drug is approved by the FDA that it’s safe and efficacious, then it has the trust of the American people,” Pelosi remarked.

“My concern is that the UK’s system for that kind of judgment is not on par with ours. So if Boris Johnson decides he’s going to approve a drug and this president embraces that, that’s the concern I have.”

Pelosi’s intervention raises questions for a number of reasons, not least the widespread assumption that there is little likelihood of the AstraZeneca vaccine being approved, under any circumstances, before the end of the year.

Trump suggested in August he might seek an emergency US authorisation for a British vaccine, but there is no evidence that the British vaccine is close to being approved.

Trump’s insistence that a vaccine will be approved “momentarily” has drawn criticism from scientists, who believe the president could undermine public trust. His repeated comments led nine pharmaceutical companies to issue a joint statement pledging to follow the science, not political pressure, while developing a vaccine.

The UK government has consulted on changing the legislation so that the Medicines and Healthcare products Regulatory Agency can approve a vaccine before December – if the trial data is ready at that time and satisfactory – but any MHRA approval is likely to be in line with the same stringent approach as other European agencies.

Even then, the US FDA would still have to look at the vaccine itself.