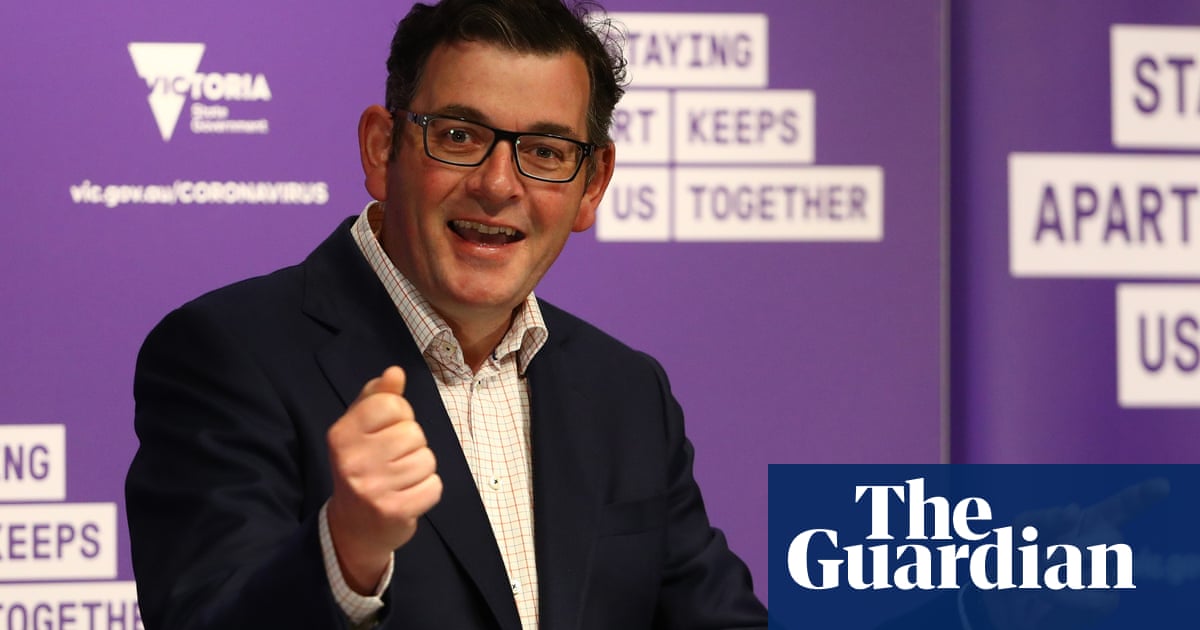 The Victorian government aims for all aged care staff and high-risk workers to be tested monthly as the state ramps up its asymptomatic screening program.

The Victorian premier, Daniel Andrews, has announced that 25% of the workforce on-site in high-risk industries will be tested weekly to try to avoid outbreaks as the state opens up.

This regime will begin with 95 businesses, largely meat and poultry processing plants, but is expected to grow over the coming weeks.

Andrews said state officials have also reached an agreement with the commonwealth to ensure all public and private aged care staff will be regularly tested. Melbourne metro workers will be screened at least once every fortnight, and regional workers every month.

Asymptomatic staff will not be required to self-isolate while awaiting results.

“It provides us with a really important opportunity just to monitor compliance with all the other private safe planning and to make sure that everybody is as vigilant as they possibly can be,” Andrews said.

Victoria has recorded 13 new coronavirus cases and four more deaths, bringing the state’s death toll to 798 and the national figure to 886. The latest victims are a woman in her 70s, a woman in her 80s and a man and woman in their 90s.

These new cases bring Melbourne’s 14-day average down to 16.4, and 0.3 in regional Victoria.

“I can report to you that the strategy is absolutely working,” Andrews said.

“The good news is, though, our modelling from multiple sources … [shows] that we are on track and, all things being equal, we will be able to take a significant step in just three weeks’ time,” Andrews said.

Of the 13 new cases, two are linked to a worker from the Butcher Club at Chadstone shopping centre. The worker was contagious between 23 and 26 September, when they worked 6am to 6pm shifts at the butcher and used public toilets in the vicinity.

The Butcher Club, Coles Chadstone, the shopping centre’s fresh food precinct and Woolworths Ashwood have been added to the high-risk coronavirus hotspots around Melbourne.

Only 44 Victorians remain in hospital with Covid-19, six of whom are in intensive care, with three requiring a ventilator. There are now 147 active cases in aged care facilities and only one active case, a staff member, in disability care.

Victoria and Melbourne Covid trend map: where coronavirus cases are rising or falling

The alarm has been raised in popular Victorian holiday town Anglesea after fragments of the Covid-19 virus were found in sewage.

Covid-19 testing commander at the Department of Health and Human Services, Jeroen Weimar, said this was cause for concern.

“Of course it’s been a while since we’ve had any known positive cases in that area,” he said. “As a result, we now have an active testing centre set up at Anglesea town hall.”

Weimar said it was unclear if a resident was infected or someone with the virus passed through town, but urged anyone in Anglesea with even extremely mild symptoms to come forward.

In early September, testing was ramped up in the Apollo Bay area after virus fragments were detected in wastewater. But, the department has stated, with more than three weeks having passed since detection, “it is unlikely that there is an active undiagnosed case in the area”.

The Queensland premier, Annastacia Palaszczuk, said the state was waiting to see how the easing of Victorian restrictions and NSW’s school holidays affected case numbers before considering opening the border further.

“At the moment we have zero cases and Queenslanders are free to move around Queensland. In Victoria that’s not the case, so we’re keeping a very close eye on Victoria,” Palaszczuk said on Wednesday.

“It’s great to see what’s happening in NSW, we’re seeing low levels of cases in NSW. But once again, NSW health advice is saying very clearly they are concerned about the mass movement of people during school holidays. So we’re going to watch that very, very carefully over the coming weeks.”

The Queensland chief health officer, Jeannette Young, has previously said NSW has to go 28 days without community transmission for the state to reverse its ban, but the government is under pressure to ease restrictions in line with South Australia.

The NSW premier, Gladys Berejiklian, suggested Queensland and other closed border states are living under a “false sense of security”, defending her state’s four square metres per person rule. Several other states have halved this space requirement in public settings.

“We have said if you want to keep the economy going, get rid of the borders, allow people to move freely, get the tourism industry going and, of course, we can look at the opportunities into allowing more people into hospitality venues, but we need to make sure we are ready for that,” she told Channel Seven.

“We are not afraid of taking the steps, but we need to make sure we do it at the right time, not to lose control of all the great work we have done to date.”

Berejiklian said NSW would be the “first state to look at things like allowing Kiwis in, allowing reciprocal arrangements on international travel”.