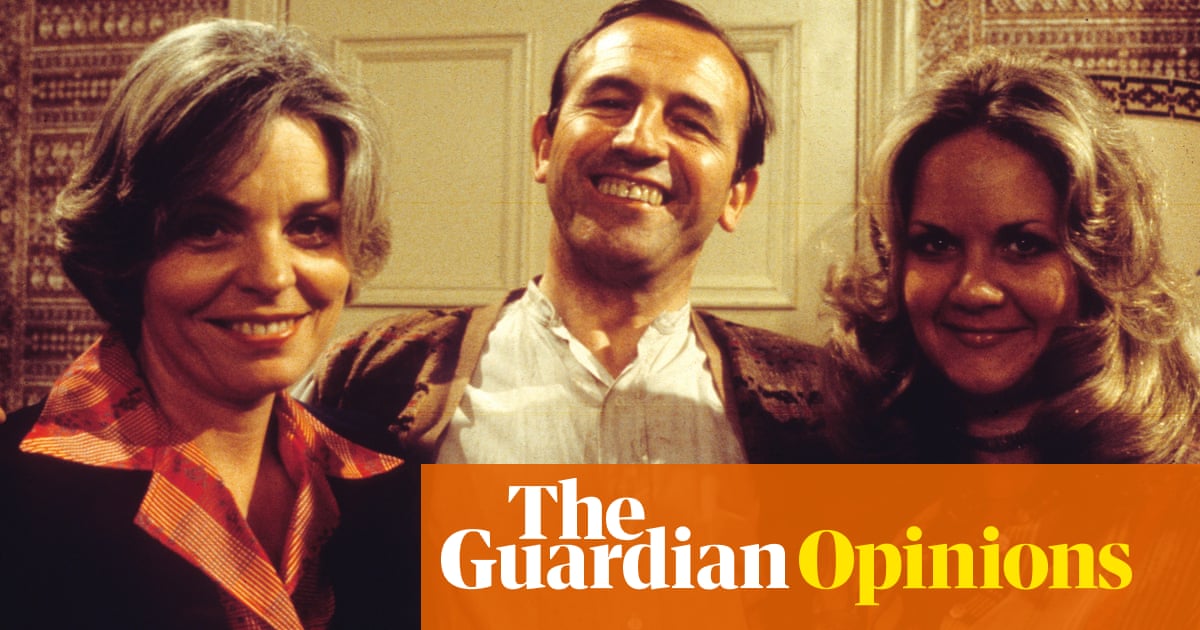 Every morning, Monday to Friday, Elizabeth Perrin saw her husband off to work. She handed him his briefcase, an umbrella, and bid him goodbye with the cheery wish: “Have a good day at the office!” To which her husband, Reggie, usually replied, in a clear and serious voice: “I won’t.”

On his way to the station Reggie passed various streets named after poets – Wordsworth Drive, Tennyson Avenue, Coleridge Close. But there was no poetry, none at all, in his banal existence as a sales executive at Sunshine Desserts, an uninspiring business. The genius of David Nobbs, the creator of Reginald Perrin, was to capture that quotidian tedium of the all-too-familiar trudge to a dismal workplace, which ended, inevitably, with some kind of bathetic delay – “Eleven minutes late, signal failure at Vauxhall.”

No wonder there has been, amid all the difficulties of the pandemic, some relative celebration of the widespread working from home phenomenon that has been enforced on many people since lockdown. While many employers have talked quite a good game on flexibility over the past three decades, far fewer have really practised it. According to Dr Jane Parry, of the University of Southampton, less than 30% of the workforce had ever worked from home before the coronavirus.

When the marketing whizzes at Dettol tried to tell us a supposedly encouraging story about the attractions of office life the response on social media was fierce. Others pointed out that an expensive commute to a claustrophobic and uncongenial workplace is no “carrot” at all, despite exhortations from politicians, some newspapers and others for people to return to the “creativity” of offices.

Work has continued at home, and a lot has been achieved. Sceptical bosses who never really trusted colleagues to put in a proper shift where they couldn’t be seen have had to admit that they were wrong – not least because they sometimes were the very people having to maintain their own levels of productivity from the kitchen table or a back bedroom.

Yet the rush to declare the death of the office and the immediate reconfiguration of the economics of cities has been premature and perhaps misguided, however long it takes our current crisis to play out. Good workplaces have a lot going for them that cannot truly be replicated online. Zoom fatigue is real. As Stuart Rose, the former Marks and Spencer boss and now chairman of Ocado, wrote last week, six months of Zoom and Teams sessions have convinced him that virtual meetings are not as good as the real thing. Why? “Because if you are chairing, or participating in, a meeting over your computer rather than in person, how can you get a true feel of what is going on? It is very hard to read the room; to see who is pulling a face; or who is coming along grudgingly; or who has come to make a point. Business might get done to some extent but certainly not as effectively.”

Trying to recreate an office in a shared (co-working) space is not a cheap option. The Financial Times reports that hot-desking costs £450 a month at WeWork’s Mark Square site in east London’s Shoreditch.

It is grim to tell younger people at the start of their working life that the office will not be available to them for much of the time, and that they will have to press on in isolation in their expensive, but often cramped, rented accommodation. Most of what I’ve learned in three decades of work has been with (and from) other people, people I’ve been sharing an office with. Few of us set out to have careers as soloists. We want to feel part of a team.

There may not have been an immediate hit to productivity in the first few months of lockdown. But the longer term cost of remote working is yet to be calculated. “We make better decisions in groups, because in a radically uncertain world the group holds more information than any individual member,” write John Kay and Mervyn King in their recent book Radical Uncertainty: Decision-making for an Unknowable Future.

A few months ago – but it feels a lot longer – I visited the European headquarters of Steelcase, the office furniture designers, in Munich. In their (of course) beautifully appointed building, their senior vice president, Guillaume Alvarez, told me how important it was to create workplaces that people wanted to turn up to, especially in cities where housing costs were high. “An office is not a factory,” he told me. “You mustn’t kill the human interaction. You lose so much when people don’t get together.” And he added – although it didn’t seem so significant at the time – “there is very little small talk in video conferencing”.

I hope, sooner or later, more of us will be able to work safely together, in the same place. Have a good day at the office? Perhaps you will, again, one day.