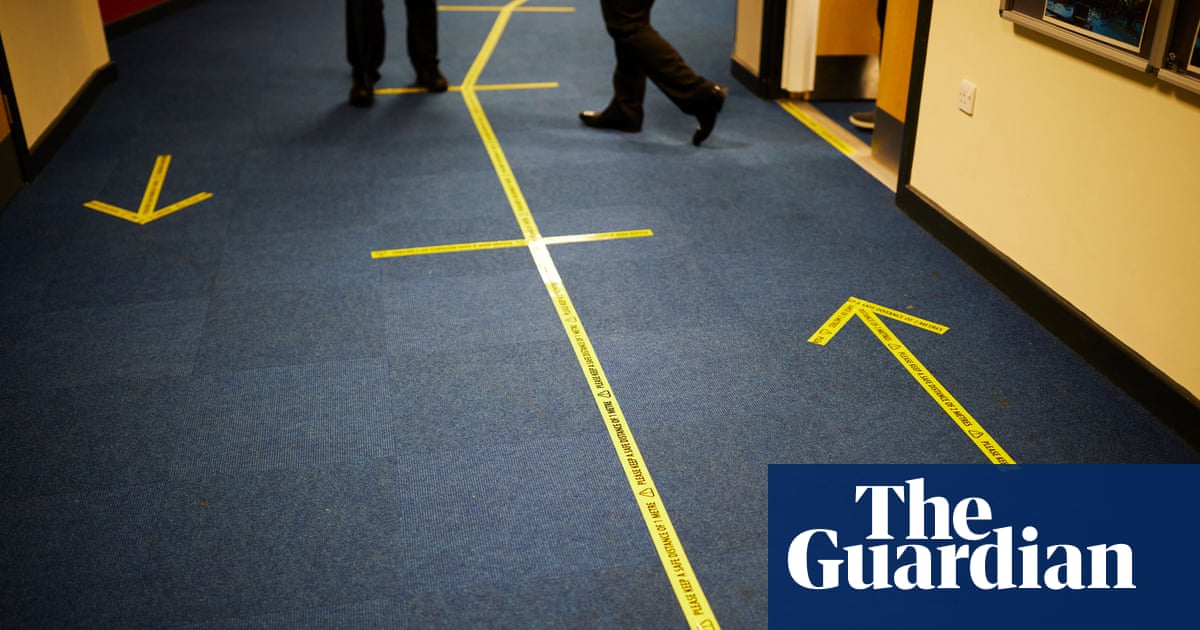 Teaching unions have expressed their frustration at the introduction of last-minute guidance on the reopening of secondary schools in England, which says schools in local lockdown areas should introduce a rota system to limit attendance and compulsory face masks in communal areas.

The guidance, issued on Friday ahead of English schools reopening for the start of the new academic year next week, is intended to limit the amount of contact between staff and students in schools, and provide enough time at home for symptoms to become apparent.

Initially, the new guidance had said that if a single case of coronavirus was confirmed, every pupil in the affected person’s year group or “bubble” might have to quarantine for two weeks. However, this passage was removed by the Department for Education shortly after publication on Friday night.

The education secretary, Gavin Williamson, said the changes to school attendance were an “absolute last resort”, and only for a “worst-case scenario”.

“We hope that we won’t have to implement the guidance set out today,” he said.

Time for a ‘Nightingale moment’ for England’s children, says watchdog

However, the shadow education secretary, Kate Green, said the timing of the introduction of the new guidance was “unfair” to headteachers and school leaders.

“School leaders have been asking all summer for information about what they should do in the event of local restrictions in their area,” she told Sky News. “And [it’s] really unfair, I think, to heads, that [the guidelines] are sent out late on a Friday night, at the start of a bank holiday, days before the first day of the new school term.

“Heads are going to feel under a lot of pressure now, over this weekend, to start looking at these, thinking about how they will implement them in their schools, whether they will have to make any changes to arrangements they’ve already put in place.”

Andy Burnham, the mayor of Greater Manchester, where some boroughs are still under local lockdown restrictions, said the guidance was “fairly clear, but it was very late”.

“It came out at 7.30pm on the Friday before a bank holiday,” he told BBC Breakfast. “Why is the government doing this again, putting out guidance so late so that headteachers don’t have time to prepare?”

Geoff Barton, the general secretary of the Association of School and College Leaders, told BBC Radio 4’s Today programme that school leaders felt a “weary, resigned sense of inevitability” at the timing of the new guidelines.

Asked how teachers would feel about the situation, he said: “Here we are again, right at the last minute with something that we have been accused of expressing treachery in asking for – where’s the plan B in case of local lockdown – at last it has arrived.”

Echoing this, Paul Whiteman, the leader of the NAHT union, said headteachers had been asking for a contingency plan for what would happen in the case of an outbreak for weeks.

He described the timing of the guidance as “reprehensible”.

“It was obvious weeks ago that lockdown advice was necessary,” he said. “The government’s decision to publish this at 9pm on the Friday of the bank holiday weekend before most schools are due to return is nothing short of reprehensible and demonstrates a complete lack of regard for the wellbeing of school leaders and their teams.

“Keeping schools open has to be the priority, but you don’t need a crystal ball to see that there will almost inevitably be some disruption in some areas in the coming weeks,” he added, saying that “another late-night publication is fairly typical of what we’ve become used to”.

Mary Bousted, the joint general secretary of the National Education Union, said the advice should have been available “months ago”.

She said: “It is simply unacceptable that this guidance was altered immediately on what is a key issue for schools – what to do when pupils are found to have Covid. As it stands currently there is still no clarity on what should happen in a school where there is an outbreak. This does not build confidence in government’s competence to keep schools safe when it scores such an own goal.”

Patrick Roach, the general secretary of the NASUWT, the Teachers’ Union, was the latest union official to criticise the last minute announcement.

“We have been saying for some time that schools need clarity on these important issues and that it is the responsibility of the government to provide that clarity,” he said.

Roach also called on the government to provide extra funding for schools to employ surplus staff in the case that schools were affected by local lockdown measures, saying there needed to be greater recognition of the impact of local restrictions on teachers and staff.

“The availability of staff where there is a local lockdown or outbreak may mean that schools have to limit provision if they cannot be staffed safely,” he said. “The government now needs to confirm that schools will have the additional resources they need to deliver an effective remote learning offer to all pupils as well as funding for additional staff that will be necessary to maintain continuity of provision in the event of local disruption.”

Robert Halfon, the Conservative chairman of the Commons education select committee, acknowledged that the late-hour release of the guidance was “incredibly difficult” for teachers.

While Halfon said he did not know why the government decided to release the information so close to the reopening of schools, he said it was “better that it’s there”.

Asked about the removal of a paragraph shortly after the guidance was released, Halfon said: “Clearly these things shouldn’t happen and mistakes obviously have been made, and been rectified, but the important thing is that the guidance is right.”