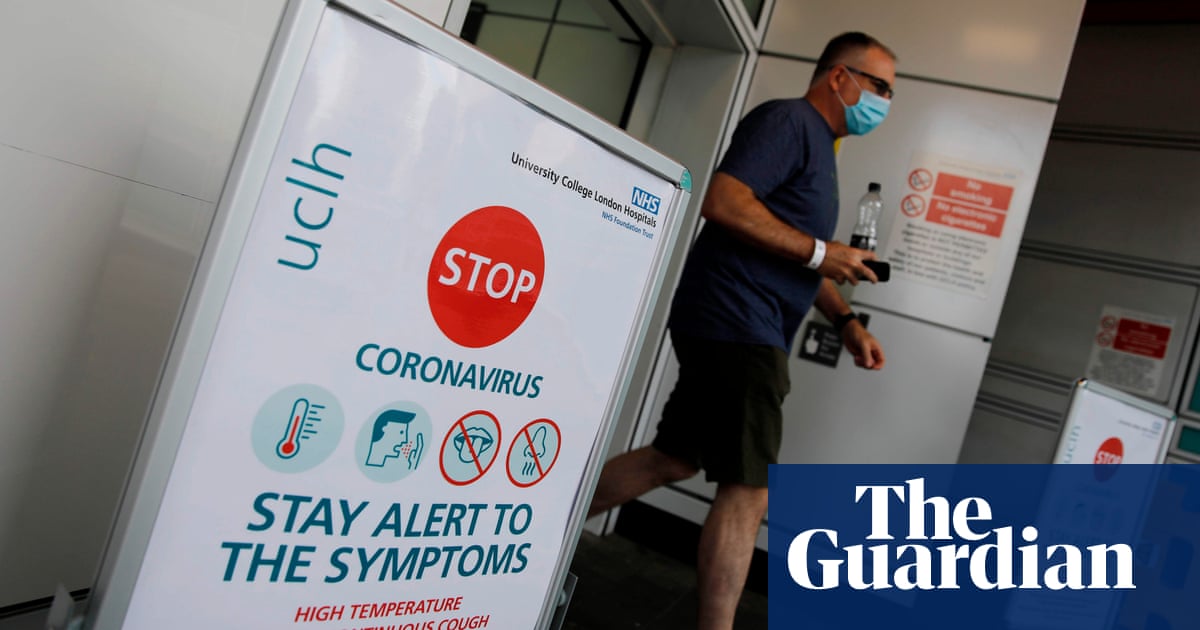 Claims that hospital admissions for Covid-19 in England were overreported at the peak of the outbreak may not be telling the whole story.

However, a row has broken out after claims were made that an investigation by the government’s Scientific Advisory Group for Emergencies (Sage) had revealed that hospital patients could have been counted as a Covid-19 case even if they had been admitted for a different reason, or if they had previously tested positive and since recovered.

The definition was revised in June, such that only patients who tested positive shortly after entering hospital are now counted as Covid-19 admissions.

Some have suggested that the move could make it harder to see how the disease is playing out. Prof Carl Heneghan, director of the Centre for Evidence-Based Medicine at the University of Oxford, said: “If admissions are going up, then that should drive the lockdown. But currently you have people with active infections, those who have tested positive but have been discharged, and those who have contracted it in hospital, so it isn’t helpful.”

But others say that is misleading.

Prof Graham Medley of the London School of Hygiene and Tropical Medicine, a member of Sage, told the Guardian there was no “investigation”, but rather Sage had been informed by the NHS that it had changed its definition of what counted as a hospital case of Covid.

Such changes, he added, were common practice as more was known about a disease, and would also have occurred in other countries. It did not mean the reported data was inflated, wrong or untrustworthy, he noted.

“When you start a new epidemic and you don’t know what the disease is, you have a very inclusive and encompassing definition which gets refined as time goes on,” he said.

Medley told the Guardian it was not possible to put a figure on how many people who were counted in the early months of the outbreak would not have met the later definition for a hospital admission for Covid.

Speaking on the BBC Radio 4’s Today programme, Medley said the early definition was important to prevent undercounting, adding that the need for a change in definition only became relevant as the months went on.

“Early in the epidemic, most of the people who were infected will by necessity have been infected recently,” he said. “By the time you get to June, then there are people coming back in with a twisted knee who tested positive in March, and [that] clearly is unrelated to Covid.”

Medley added that the change in definition of hospital admissions for Covid did not cause problems in understanding how the outbreak was developing, noting thaat multiple sources of data were used by epidemiologists. “We use death data, we use admissions data, we use testing data – all of those – because they all have strengths and weaknesses,” he said.

NHS England said that in April the definition had stated that a confirmed Covid-19 patient was “any patient admitted to a trust who had tested positive for Covid-19”.

But the definition was updated in June and reiterated in July after it was found that one trust was recording any former Covid patient even if the readmission was not primarily for Covid. NHS England says it received no evidence that there was widespread misinterpretation among trusts.

Prof Stephen Powis, national medical director of NHS England, said: “It is completely untrue to claim there has been any ambiguity in the data on Covid-positive hospital inpatients.

“For the safety of both patients and staff, it is obviously sensible and important that NHS trusts monitor, track data on patients in their hospitals that have Covid, whether admitted as a Covid patient, or for another condition.

“The instructions to hospitals in England have not fundamentally changed since the start of the pandemic, with updated advice to hospitals being published as scientific evidence has developed, as hospitals and Sage requested further advice, and as the availability of testing has become more widespread.”