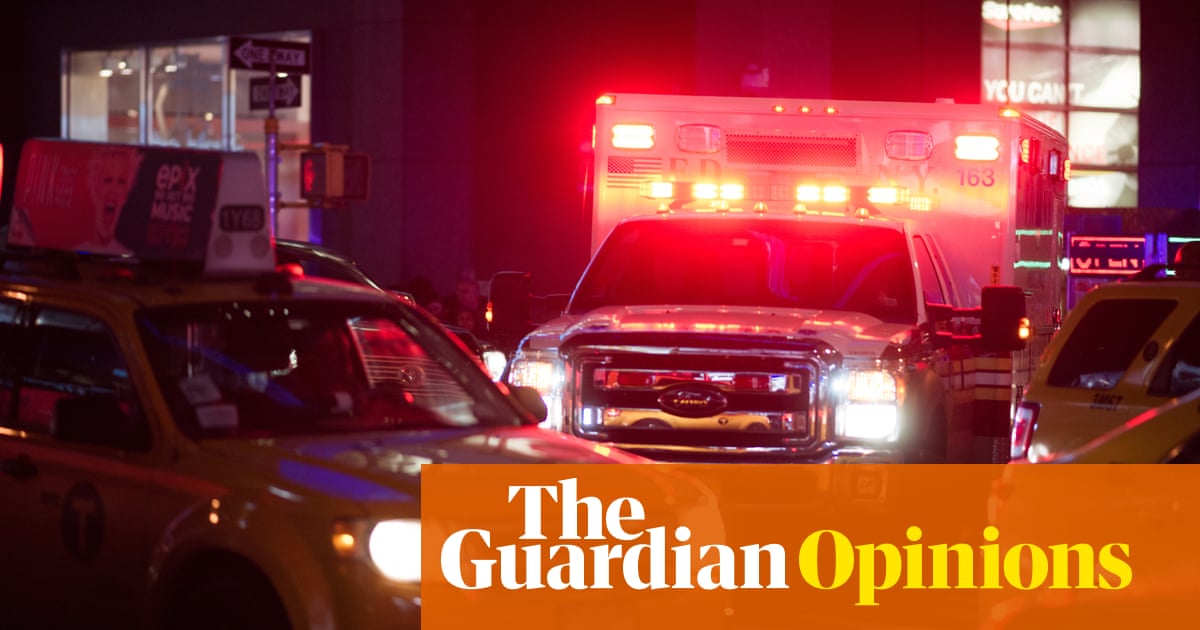 I was in the upstairs bathroom of the Airbnb, bending down to – there’s no gilding this – wipe the bum of one of my children, when I felt something snap and collapsed. A period of intense swearing ensued, during which my daughter burst into tears and after yelling at her to go get help, I crawled out of the bathroom and lay flat on the floor.

“Why are you swearing?” asked my other five-year-old, looking up dispassionately from her iPad. “I’m in agony,” I said, information she considered for a moment before informing me: “It still counts; you still have to put money in the swear box.”

This has happened to me every few years since my babies were born: mid-way through some trivial task, my back will give out and I will be stuck, cursing, on the floor. It has never been pleasant, but it has usually been bearable, and after the ingestion of copious amounts of pain meds and relaxants, I can generally claw my way up and somehow get into bed.

This time was different. After six months of lockdown, I’m heavier and have had much less exercise. If there’s a stress component, that was fully accounted for. I’m vain about my tolerance for pain – I enjoyed my C-section and have no problem with needles, lasers or drilling at the dentist – but this time the spasms, when they came, were deeper and longer and accompanied by a full body shake that was like nothing I’d experienced before. My friend, Heather, after racing up the stairs, fed me four Tylenol and a muscle relaxant, none of which made a dent. When the next spasm came, I screamed like I was pushing out triplets. We called 911.

The craziest thing about this situation is that I knew with absolute certainty it was coming. I should’ve been doing pilates. I should’ve taken the advice of everyone who emailed me the last time it happened, and found a good physical therapist. I needed acupuncture and a better desk chair and a strategy to avoid sitting down for hours at a time. Instead, high on recovery, I did precisely nothing. You can’t remember pain, but it’s also hard to hang on to an acute sense of danger. Many of us have become sloppy this summer about virus precautions and exposure, even in the face of a predicted second wave. It’ll be OK, I thought. I’m over the worst.

The cops arrived first. “Hi,” I said, looking up at the guy who tried to get down my details in between the screaming. Next came the fire department, an avuncular-looking man who started assessing how to get me down the stairs, while the paramedics put a line in my arm and jacked me up on enough fentanyl (“Oh, wow, exciting, I’ve written about fentanyl!” I said, like a woman in need of further professional help) to lift me on to a chair and down to the ambulance.

I hadn’t done what you’re supposed to do in the US, which is, even in the midst of a medical emergency, to call your insurer to confirm the hospital they are taking you to is in-network. As we bumped down the road and my head swam with drugs, I wondered idly whether I was about to become a cautionary tale: one of those people who mess up their health insurance and receive $50,000 ambulance bills they have to crowd-source to pay. “Can I have some more fentanyl, please?” I said meekly and after another couple of potholes and a lot of shrieking, the paramedic kindly obliged.

I don’t know what the lesson of all this is, other than that it’s high time my kids learned to wipe their own bums. It was instructive to me that, as a lame-looking, 44-year-old mom-in-Lycra, I left the hospital that day with a prescription for OxyContin, which is like gold dust in American healthcare. I’m also curious about what pain at this level will do to my resolve. At the height of the screaming, Heather had held my hand and said over and over, “it’s only pain, it’s only pain”; and while it’s a reassuring idea that pain on its own has no meaning, it’s also something I never want to go through again.

Perhaps the only enlightenment is the relief of getting to the other side and recognising that the hard part starts now. I’m off the opioids. I’m starting to relax. I can feel myself thinking, euphorically, that everything will be OK and I’m over the worst, which is, course, the most dangerous time of all. We stop washing our hands, we hang out in big groups, we don’t change our desk chairs or sign up to pilates. Do the work now or it will happen again.

•Emma Brockes is a Guardian columnist