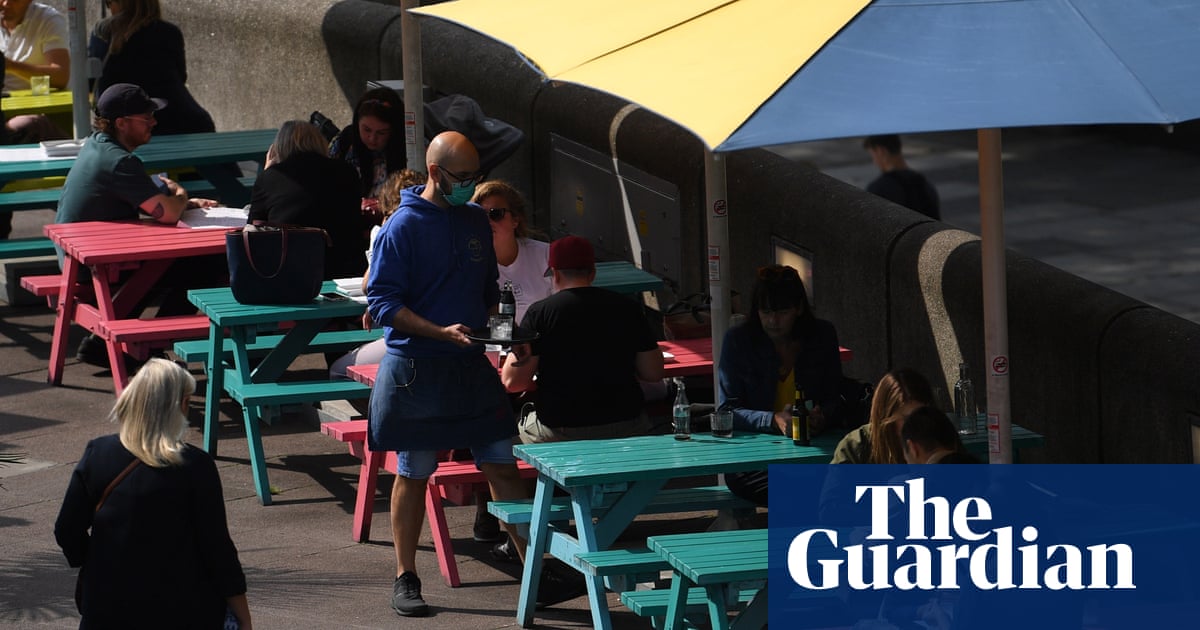 On Friday several datasets were released that showed the same trend: cases are on the up. According to the Scientific Advisory Group for Emergencies (Sage), the R number – the average number of people infected by each person with Covid – is between 1.0 and 1.2 for England and for the UK as a whole. But these numbers reflect the situation over the past weeks, given time lags in the range of data used.

Recent data from a population-based study called React-1, based on swabs collected from around 150,000 people between 22 August and 7 September, suggests the R for England is 1.7, and cases are doubling every 7.7 days.

While these results are based on positive tests from 136 people, other studies includinga survey by the Office for National Statistics also show that the disease is becoming more prevalent.

For the period from 30 August to 5 September, the ONS team says about one in 1,400 people in the community population in England had the disease, up from one in 2,000 the week before – although the figures are based on a small number of positive tests.

Data from the Covid-19 symptom tracking survey has also shown a rise in cases in the UK since the end of August, while Guardian analysis has shown that, contrary to some suggestions, an increase in testing does not fully explain the rise in infections in the UK revealed by Government figures on new cases.

Dr Kit Yates, a senior lecturer in mathematical biology at the University of Bath, said: “Even after you normalise by the number of tests being carried out, it’s clear that the number of cases are genuinely rising and that we need to take urgent action to keep the spread of the disease under control.”

Where is this rise happening?

In short, everywhere. Experts say the uptick in cases is no longer limited to particular “hotspot” areas but is occurring across the country, although some regions such as the north-west and north-east of England are seeing greater increases than others. Crucially, the rise in cases is not confined to settings such as care homes or hospitals: Covid-19 is on the up in the community. All the data sources agree that infections are most common among younger adults.

Why is this happening?

It was always the concern that as restrictions are relaxed, cases will rise. After all, while more is known about Covid-19 and there are better treatments on offer, there is no vaccine as yet. Schemes such as “eat out to help out” have encouraged people back into restaurants, and Boris Johnson has launched a drive to get people back to the office.

The particular rise in younger people is also not surprising. While some outbreaks have been linked to raves, young people are also more likely to be employed in public-facing jobs, while older adults might be taking extra precautions or even still shielding.

How serious is this?

While the prevalence of Covid is still below what it was in the spring, the increase in infections is certainly a wake-up call that Covid-19 has not gone away. A big concern is whether infections will tip into vulnerable communities and lead to an uptick in deaths. There is some sign that hospital admissions might already have started to rise slightly, and a similar scenario is already playing out in other countries including France. The reopening of schools and universitiesthis month was not captured in the latest data but is expected to fuel a further increase in the spread of Covid.

If the latest package of measures does not reduce the spread sufficiently, further restrictions may be considered. However, experts have acknowledged this is a balancing act. Given that it will be almost impossible to eliminate Covid-19, the key question is: what level of transmission can we live with?