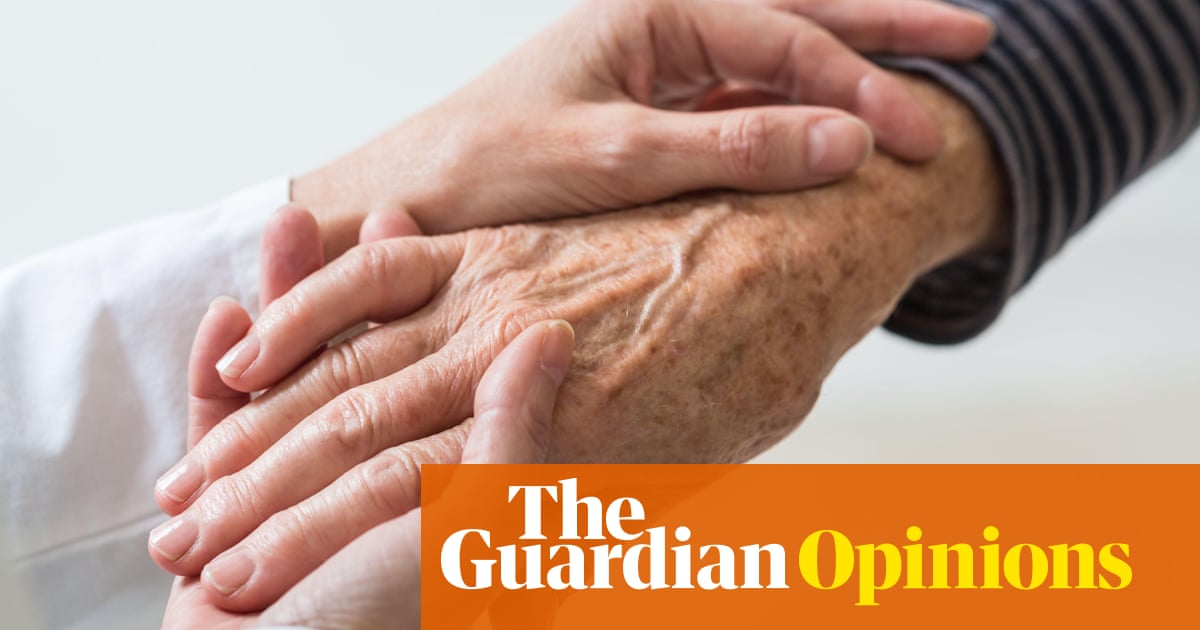 In 2018, soon after the federal government had announced yet another inquiry into aged care, I bumped into the health minister, Greg Hunt, who was jogging on the local boardwalk. I stopped him to ask why we needed another inquiry. Surely the government was aware of the systemic problems in the aged care sector. I told him I thought our aged care system was a national disgrace. Hunt disagreed, claiming Australia had a “world-class” aged care system.

The federal government claims repeatedly that a consumer-driven, free market-based residential aged care system will provide world-class care. This is consistent with its neoliberal agenda. However, the so-called “consumers” are often frail, elderly people, many with dementia. How can they demand a high-quality service on the free market?

The irony of the move towards a free-market aged care system is that private companies continue to put out their hands for more government money – without any transparency about how they spend it. Do they spend the government subsidy on providing nursing care, meals and activities for residents or on salaries for their executive team and profits for shareholders?

In 2019, three critical amendments to the Aged Care Legislation Amendment (New Commissioner Functions) bill 2019 were tabled. If these amendments had gone through, they would have been a game changer for the aged care sector. They would have improved transparency and accountability around finances, staffing ratios and complaints in aged care homes. However, the Coalition voted against all three amendments.

The lack of transparency in the aged care sector is shocking. At a Senate inquiry hearing on 4 August, Dr Brendan Murphy, the secretary of the Department of Health, and Senator Richard Colbeck, the minister for aged care, refused to name aged care homes in Victoria with outbreaks of coronavirus because of “reputational damage”.

Imagine the government refusing to tell the public which schools, workplaces, restaurants or childcare centres had Covid outbreaks because of concerns about “reputational damage”.

For the past week or so, questions have been asked about whether the federal government did enough to prevent older people in aged care homes from dying of Covid-19. According to Peter Rozen, QC, at the royal commission into aged care quality and safety, the sector was underprepared: “Neither the commonwealth Department of Health nor the aged care regulator developed a Covid-19 plan specifically for the aged care sector.” The prime minister, Scott Morrison, simply rejected that assertion.

These are guidelines, not a plan. They contain a disclaimer acknowledging that there is no guarantee that “information in the guideline is accurate, current or complete”. What type of plan is that?

On 14 August, Morrison said: “There has been a plan, and it has been updated, so we completely reject the assertion that there was not a plan, because there was a plan”. However, simply updating guidelines does not make them a “plan”.

Morrison also referred to the Australian Health Sector Emergency Response Plan for Novel Coronavirus (Covid-19) as part of the “plan” for aged care. However, the authors of this health sector response plan did not consider the systemic failures and vulnerabilities of the aged care system.

The royal commission into aged care quality and safety interim report Neglect indicates that the sector does not provide consistent quality care under normal conditions. How did the federal government expect it would be able to respond to a pandemic?

The horror story now unfolding in aged care homes in Victoria due to community transmission could have been prevented if the prime minister, the federal health minister and the minister for aged care had listened to residents, families and staff and read the research evidence. Instead they listened only to providers.

Over the past 10 years, there have been numerous inquiries, reviews, consultations, thinktanks and task forces. These inquiries have resulted in a large number of recommendations, most of which successive governments have ignored. This does not augur well for the royal commission into aged care quality and safety.

The Aged Care Act 1997 was a turning point for aged care policy in Australia. This act was written in the interests of providers, not older people, by encouraging a large increase in private investment. This legislation is the root cause of the systemic failures.

Tinkering with the Aged Care Act will not fix the problem. We desperately need a new Aged Care Act that is focused on the human rights of older Australians, not the profits of providers. We need a government that acts in the best interests of older people, not its political mates.