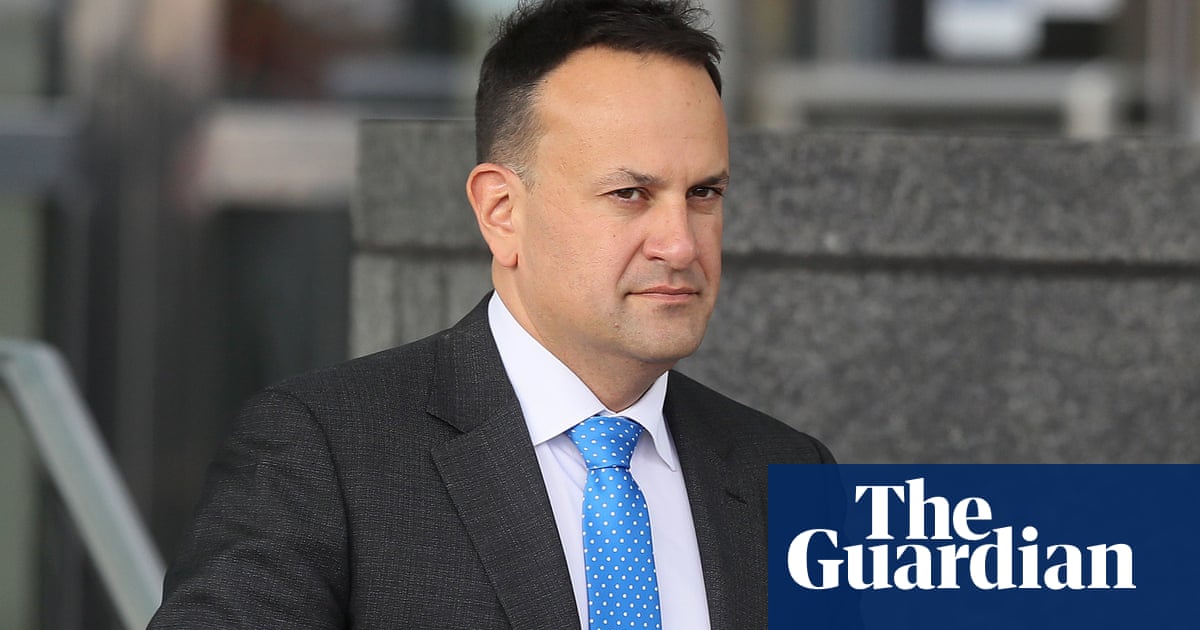 A woman wearing a face mask was filmed throwing a drink over Leo Varadkar as he gave an interview in Dublin.

Footage shared on social media shows the woman, who was carrying a skateboard, walking over to where the tánaiste and a camera crew were standing in Merrion Park at about 3pm on Friday.

She briefly speaks to a member of the crew, then walks over to Varadkar and tosses liquid from a white cup in his face. The woman then drops the cup, turns and runs away.

At a press briefing later that day Varadkar explained he was filming a video to explain new coronavirus restrictions to the people of Dublin. He said: “The good news is that we got it finished before the incident.”

He added: “I thought it was Avril Lavigne at first because of that skateboard and everything but unfortunately it wasn’t. She also had a smoothie, which ended up all over my face and halfway down my suit. But I had a spare suit and just got on with the day’s work.”

Varadkar, who has a garda driver, said he was not seeking extra security measures. He said he had not spoken to gardaí yet but added: “I believe they want to speak to me.”

The former presidential candidate Gavin Duffy tweeted: “What a horribly uncouth thing to do to Tánaiste Leo Varadkar. This is an attack on our democracy, not him. It’s reported it was coffee but it could have been anything including acid. We need to better protect our politicians.”

A gardaí spokesperson confirmed was investigating the incident.

New restrictions on gatherings, businesses and travel came into effect in Dublin at midnight in an effort to combat a surge in Covid-19 infections across Ireland.

The government on Friday approved a plan to move the capital for three weeks from level two to level three on a five-level scale of restrictions.

There is a ban on indoor restaurant dining, and curbs on social gatherings and sports. Residents are advised not to travel outside the county – either domestically or internationally – without a compelling reason.

Coronavirus cases in Dublin have increased tenfold in the past month. Its 14-day incidence rate is 104 per 100,000, almost double the national rate of 53.